Turn lanes are traffic lanes that allow you to make a right or left turn at an intersection or to a side-road. Turn lanes are controlled by road signs and pavement markings that show you the direction of travel from the lane. Regulatory road signs that control separate lanes are known and lane-use control signs. Intersections with high volumes of traffic may have dedicated turn lanes that remove the turning traffic from the through traffic flow. This usually provides additional safety by protecting turning traffic and reduces the number of head-on collisions at the intersection. Multi-lane roads may also use a center left-turn lane outside of intersections to facilitate left turn without slowing down the flow of traffic.

Pavement markings at intersections duplicate road signs and control traffic flow through the intersection. Adjacent lanes are separated by a solid white line. Directional markings, such as arrows and words painted on the pavement, indicate the direction you can travel from this lane. 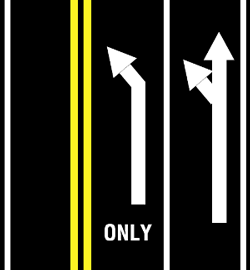 A white arrow pointing to the right or to the left means that you can only turn in the direction the arrow is pointing. The arrow may also have the word ONLY painted under it to clarify its meaning.

If the lane is marked with a curved and a straight arrow, you can use the lane to either make a turn in the direction the arrow is pointing or travel straight through the intersection.

Lane control signs (also known as directional signs) are regulatory signs that show what maneuvers can be performed from the lane. Traffic lane control signs are usually placed near or directly at the intersection, above the lane they control. 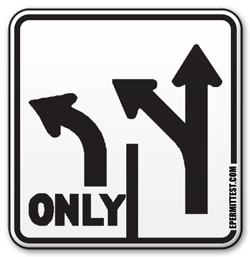 Traveling in the lane controlled by the sign “TURN TO LEFT OR RIGHT” allows you to make a turn in either direction. Note: you cannot travel straight through the intersection. 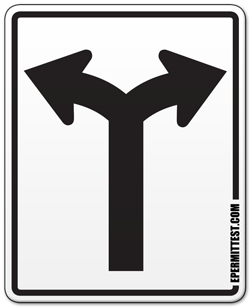 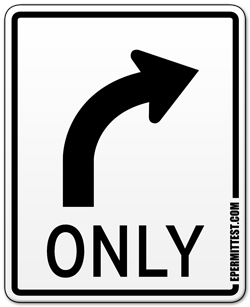 “TURN LEFT ONLY” is similar to the previous road sign, but it requires you to make a left turn if you are driving in the lane controlled by the sign. 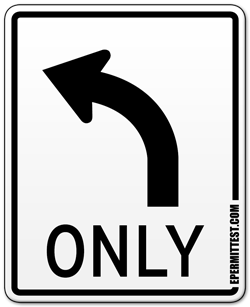 A dedicated right turn lane allows you to turn right without slowing down or impeding traffic behind you. Note that you cannot travel straight through the intersection from this lane as you will conflict with traffic moving through the adjacent lane. 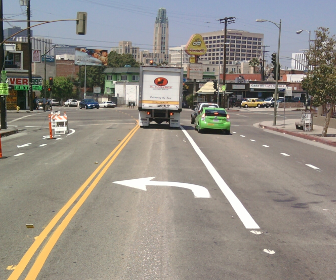 A center left-turn lane may be employed on a multi-lane road to provide drivers with an opportunity to make a left turn without obstructing traffic traveling straight. It is also called a shared center lane or a two-way left-turn lane, because it is being used by traffic moving in both directions. The center left-turn lane is reserved exclusively for vehicles making a left turn or for vehicles entering the road from a side street or a driveway. You are forbidden to travel in this lane, use it as an acceleration lane or to pass other vehicles. Most states limit the distance you can travel in this lane to 200-400 feet. 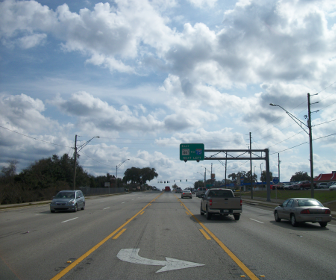 A two-way left turn can be marked by the CENTER LANE LEFT TURN ONLY traffic sign, however special pavement markings are much more recognizable. 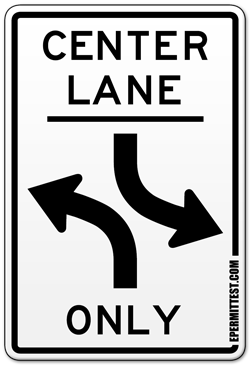 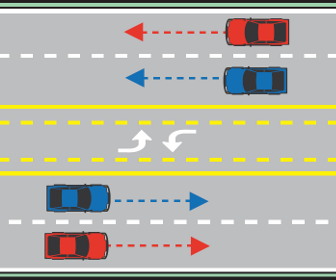 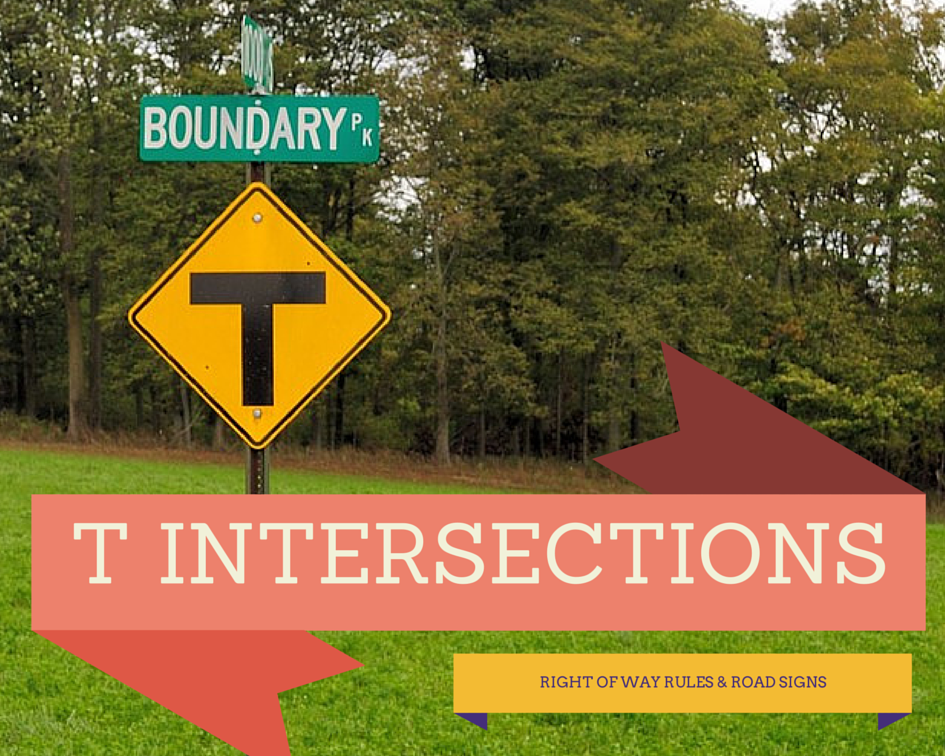 Driving Through Intersections 6 of 7

T-intersection is a three-way junction where three roads come together. Just like with any other intersection, you must exercise caution when approaching it and you should slow down and watch out for other traffic and pedestrians even if you are traveling on the through road and have the right-of-way.

Driving Through Intersections 7 of 7

An interchange is the intersection of two highways at different levels with separate connecting roads for the transfer of traffic from one highway to the other through a series of ramps. The connecting ramps allow drivers to leave on road and enter another safely, without impeding the flow of traffic. 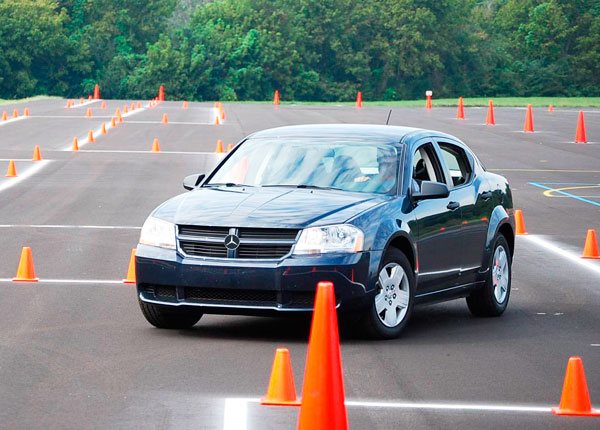 Before You Start Driving 1 of 10

When it comes to practical driving maneuvers like steering, backing-up and signaling, the bulk of your learning will be carried out behind-the-wheel; there can be no substitute for actually getting out there and putting these skills into practice. However, getting to grips with essential driving maneuvers does require an academic approach, before you hop into the driver’s seat.