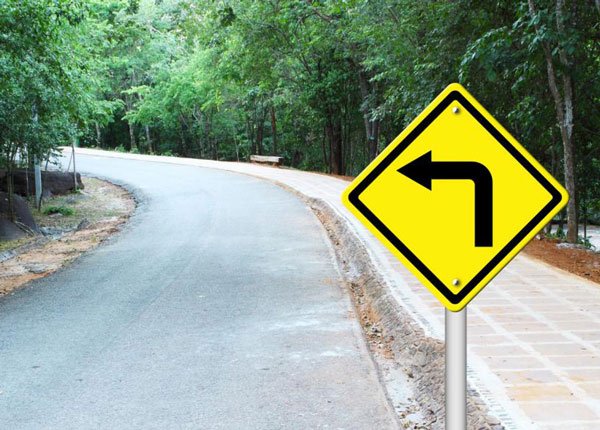 Turning left is riskier and demands more caution than turning right, because the turn will take you across the path of traffic which is traveling toward you, from the opposite direction. Of the roughly 2.5 million intersection collisions documented by the Federal Highway Administration (FHA) each year, most involve left turns.

Be sure to signal your intention to turn left as early as possible, while observing any right-of-way laws that are relevant to your situation. Drivers must also take particular care when turning left onto a street from an alley or driveway and learn how to use a center left-turn lane.

Making a left turn at an intersection

Follow these steps to make a left turn at an intersection: 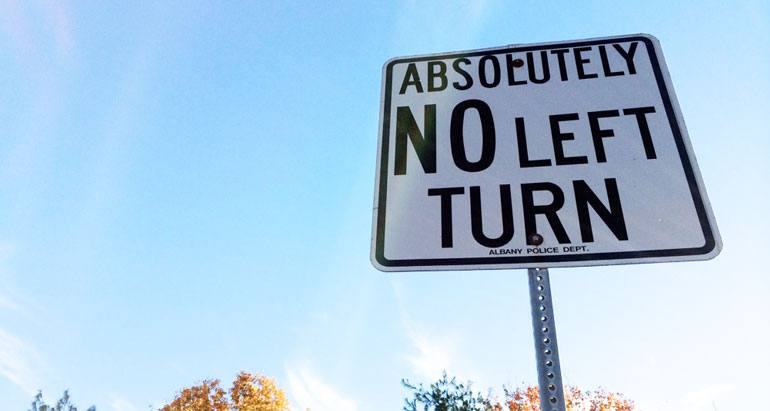 A “No Left Turn” traffic sign prohibits left turns at an intersection. It is frequently posted at intersections with one-way streets, where turning left would place drivers in the position of going against traffic.

The correct procedure for making a left turn alters slightly is based on whether you are dealing with one-way or two-way streets..

You should start the maneuver from the lane furthest left, when turning left from a one-way street onto another one-way street. Complete the turn in the same lane. Turning left onto a one-way street is usually permitted when a solid red traffic signal is present – check your driver’s handbook for details.  You may find that more than one lane is reserved for turning left at a one-way to one-way intersection. Signs and pavement markings will make this evident.

The same instructions as above apply when turning from a one-way street onto a two-way street. Though here, you should start in the far left lane and return to the lane nearest to the lane divider. Do not switch lanes on the intersection.

Begin the left turn in the furthest lane to the left, when turning left from a two-way street onto another two-way street. Remain in the same lane, taking care to yield to traffic and pedestrians if the left turn is unprotected. Turn without swinging your car wide as traffic traveling from the opposite direction may be turning left at the same time.

When it comes to turning left on a red traffic signal, there is no standalone rule that tells you whether it is permitted. It is often allowed, though only when certain conditions are met. These conditions may vary state-by-state, so it is essential to read up on this issue in your driving manual. Most states permit left turns under a solid red signal when: 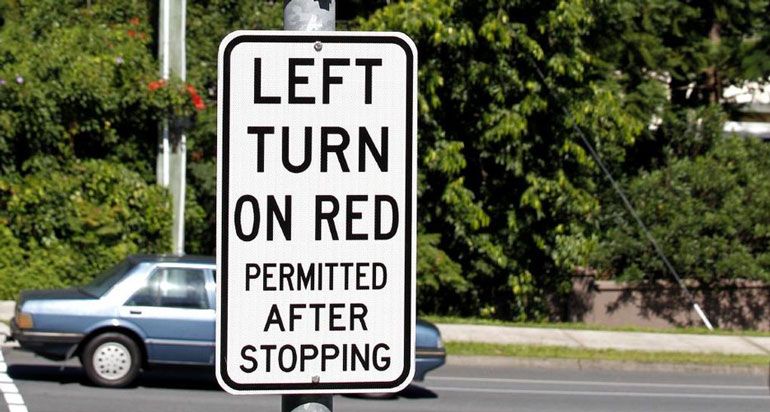 Most states allow drivers to make left turns on red, unless a traffic sign prohibiting the maneuver is posted at the intersection. Drivers must stop and yield to all traffic and pedestrians before turning left on red signal.

Getting to grips with the rules concerning two-way left turn lanes is easy: 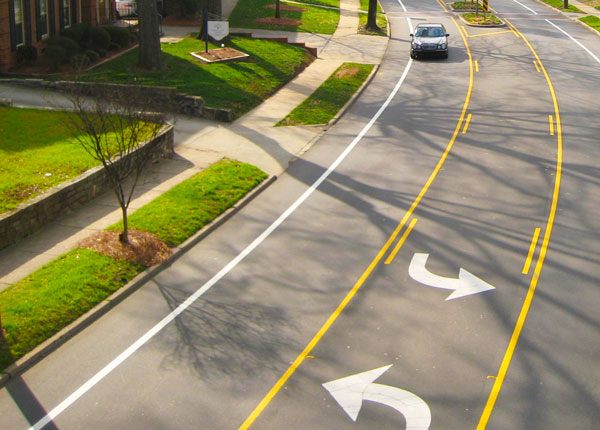 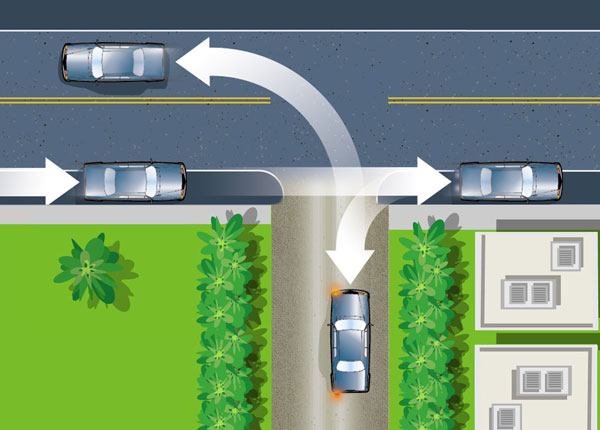 When the roadway is not wide enough to make a U-turn, drivers can use a two-point turn to change direction. This will usually only be possible on quiet suburban streets, when there is an available driveway on the left or right side of the road to facilitate the turn. Two-point turns using driveways on the left are more dangerous, as the driver must reverse the vehicle into a traffic lane. 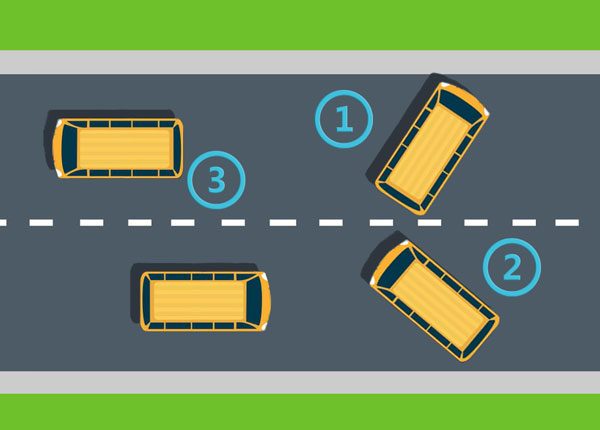 New drivers must learn how to change lanes safely and practice the maneuver as often as possible – there is more to it than you think. Changing lanes unsafely endangers you and everybody with whom you are sharing the road! Getting marked down for an unsafe lane change during the driving test will probably cost you your license.

Merging onto A Highway

No matter how thoroughly you mentally prepare yourself for the challenge of driving on the highway, your very first time is going to be stressful. Knowing what you are doing on paper is not the same as being able to execute the advanced maneuvers needed during highway driving. Being around other motorists traveling at speed is intimidating but you will quickly adapt, with regular practice and guidance from your instructor. Let’s find out what you need to know about entering a highway and merging with other traffic safely.

The art of making turns correctly is a skill often neglected by learner drivers. There are more techniques involved in turning than simply moving the steering wheel in the direction you wish to go. When turning to completely reverse your direction of travel – perhaps because you have missed your destination or are going the wrong way – you have three main options. These are U-turns, two-point turns and three-point turns.

Protected turns are made at signal-controlled intersections when a green arrow light is present. When a turn is protected, all other streams of traffic, cyclists and pedestrians are halted by red traffic signals. This makes protected turns safer and easier to negotiate than unprotected turns, as the chances of colliding with another road user are minimized.

Any and all turns made at intersections without the aid of a green arrow signal qualify as unprotected turns. When the turn is unprotected, you must yield the right-of-way to oncoming traffic and pedestrians before turning.

While all course changes require knowledge and skill, making a right turn is easier, safer and more straight-forward than making a left turn. When turning right you do not need to worry about traffic traveling in the opposite direction from the road you are entering, which makes things a whole lot simpler. In some areas you can even turn right against a red traffic signal