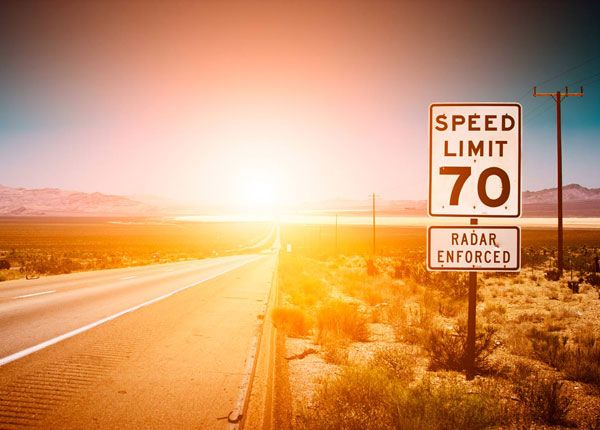 When it comes to rules of the road, no traffic laws are more important than those governing the speed at which we can travel. Speed limit laws and regulations apply to every inch of public roadway in the United States. Driving is an inherently risky activity, both for the driver and every other person on or near the roadway. Speed limits are established to minimize this risk, with the aim of keeping all road users safe.

Most speed limits refer to the maximum speed at which a motorist may drive on that stretch of roadway. This is because the risk of being injured or causing injury generally increases the faster you are traveling. As speed increases:

Every road in the United States has a maximum speed limit, whether it is posted on the actual roadway or simply written into state law. Comparatively, only very few roads have a minimum speed limit. The risk of a crash occurring usually decreases the slower a vehicle is traveling, except on certain high-speed roads where a vehicle driving significantly slower than other traffic would pose a hazard. On these roads, minimum speed limits usually apply.

So, how are speed limits set? The maximum speed limit on a road reflects the potential hazards and level of risk associated with driving on that road. The more complicating factors there are, the lower the maximum speed limit is likely to be. For instance, most states set residential and business district speed limits at 30 mph or lower, as these areas generally have many risk-enhancing features, such as:

At the other end of the scale, limited-access highways have no intersections, no pedestrian traffic, few distractions and great visibility. For this reason, these roads have the highest maximum speed limits in the country.

Whatever the speed limit on the road you are driving on, it is important to abide by it strictly. Failure to keep within set speed limits, or to adjust your speed when driving conditions are poor, places every person on the roadway in considerable danger.

The World Health Organization (WHO) identified speed control as one of the most essential intervention methods to help reduce traffic-related casualties around the globe. Detecting and deterring speeding drivers has become a matter of such importance that many states now permit the use of automated speed limit enforcement devices, such as speed cameras, to catch motorists breaking a speed limit. Presently, 13 states have passed laws that prohibit the use of speed cameras except under rare circumstances. The District of Columbia and 12 states currently have active speed cameras installed in at least one location. 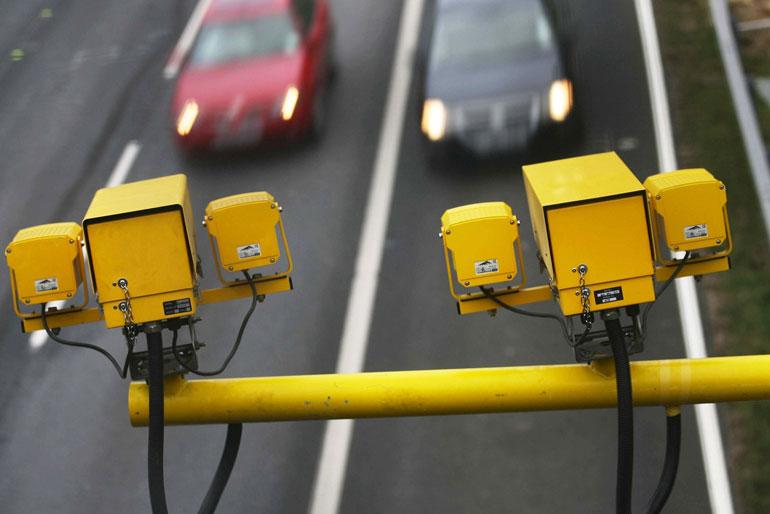 Speed camera or a traffic enforcement camera may be used to control speed on stretches of the road where speeding is an issue.

Even in high-risk areas where automated speed enforcement devices are not used, traffic police officers are on the lookout for speeding motorists. Depending on the severity of the speeding violation and whether it was a first-time offense, drivers caught exceeding the speed limit may receive:

Choosing a safe speed at which to drive begins with identifying the speed limit for the road on which you are traveling – but it does not end there. Speed limits are based on ideal road, weather and traffic conditions. If any of these elements are not optimal, you will need to drive slower than the set speed limit to maintain safety. In the second article of this block, we discuss the various factors you must consider when selecting a safe driving speed. We also look at the consequences you may face, if you fail to choose a safe speed.

Speed limits across the United States

Our article features general guidelines for speed limits in different areas, though you must also refer to your driving manual for state-specific speed limits.

When to drive at reduced speeds

There will be many, many occasions where the situation requires you to drive slower than a maximum speed limit, or even a minimum speed limit. Exceeding a maximum speed limit is never necessary or permitted, though driving slower is often a legal obligation. No traffic law or traffic control device ever permits you to drive at an unsafe speed. If you are caught driving faster than is safe for current conditions, you will be cited for “driving at excessive speeds” “dangerous driving” or whichever traffic violation best suits your misdemeanor.

When driving in heavy traffic, bad weather, around children, at night, while towing another vehicle or when animals are nearby, motorists must reduce their speed. These issues are explored fully in this essential, final article. 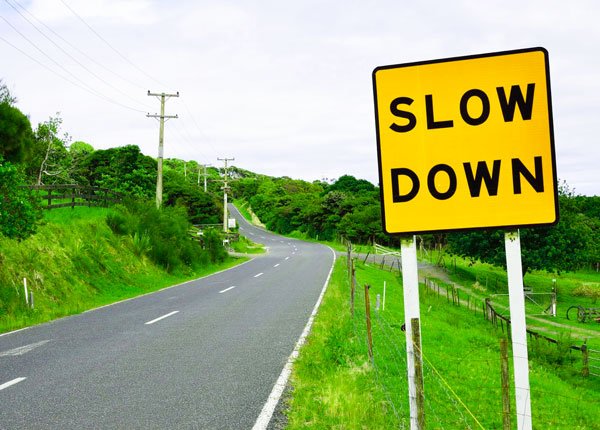 Failure to observe proper right-of-way rules around railroad crossings can result in devastating collisions and loss of life. Trains always have right-of-way over road vehicles at railway crossings – there are no exceptions. As a motorist, you must yield the right-of-way or risk paying for the violation with your life.

Passing another vehicle will always temporarily increase the risk you are exposed to at any given time on a stretch of roadway. Remember that most situations require passing on the left-hand side of the vehicle in front. Passing on the right is permitted only in certain rare circumstances.

When Passing is Legal