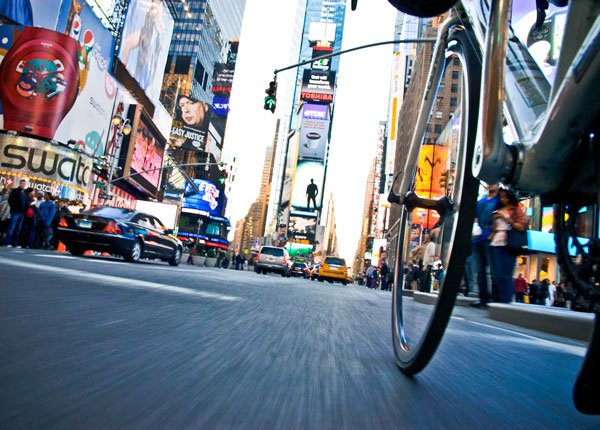 As bicycles are legally defined as vehicles, bicyclists are subject to precisely the same rights and responsibility as car drivers. When riding a bicycle on roads you must obey all traffic laws, signs and signals, yield the right-of-way where appropriate and follow the same rules for indicating and making turns. Like car drivers, bicyclists must always travel in the same direction as the flow of traffic.

Your safety as a bicycle rider depends on your ability to follow the rules of the road implicitly. While you have the same rights and responsibilities as a driver, you are far more vulnerable to injury when things go wrong.

To obey the law and stay safe on public roadways, cyclists must adhere to the following rules:

Keep to the right

Inexperienced bicycle riders often believe they will be safer on the left-hand side of the road, where they can see traffic coming toward them. In truth, riding on the left side of the street is incredibly dangerous and is a leading cause of bicycle-car collisions at intersections.

At an intersection, drivers who are waiting to pull out will always look toward the left as this is the direction from which traffic approaches. If you cycle on the left side of the street, you will be traveling toward a car waiting at an intersection from the other direction. The driver of that vehicle is unlikely to see you approaching and may pull out across your path.

In addition, it is much harder to avoid collisions with drivers when you are traveling on the left-hand side of the street. To prevent a head-on crash, both you and the oncoming driver must come to a complete stop. In contrast, a driver approaching from behind need only slow to match your speed to avoid a collision and has roughly three times longer to react, as you are traveling in the same direction.

Drivers have a legal and moral responsibility to exercise caution around cyclists. If you are a driver sharing the road with cyclists, remember that they have the same rights as you but are far more susceptible to injury in the event of an accident or collision. The guidelines listed below will help you make sensible decisions when sharing the road with bicyclists.

Riding under the influence

Don’t drink and ride! Riding a bicycle is not a safe or legal alternative to driving a car while intoxicated. Just like car drivers, you can be prosecuted for operating your vehicle under the influence of drugs or alcohol.

Cyclists who are suspected of riding under the influence will be stopped by a police officer and asked to submit to a breath test. This is the same chemical test administered to motorists, to determine the alcohol and drug concentration in their blood. Bicyclists who refuse to submit to this chemical test will be fined.

Communicating your intention to turn or change lanes makes life easier for the drivers around you, will protect you from harm and is a legal requirement. As a bicyclist, you must use the hand signals detailed here to indicate your intentions, at least 100ft before making a turn. Slowing and stopping should also be indicated, to allow drivers behind you enough time to react.

Cyclists should note that it is illegal to use hand signals to indicate to drivers behind them that they may pass.

Bicycles must meet certain requirements to be deemed road-worthy. Check out this list of general guidelines and the information in your state driver’s handbook, to ensure your bicycle is up-to-scratch before riding on public roadways. Keep in mind that most states require cyclists under 18 years old to wear a helmet. The same is true of non-motorized scooters, skateboards and in-line roller skates.

Riding a bicycle which does not meet the following requirements is illegal:

Your local driver’s manual specifies the light and reflector rules for cyclists in your state. In most cases, front-facing lights, rear-facing reflectors and side-reflectors are a legal requirement for any cyclist using the road after dark. The precise placement of this equipment and the distance to which lights must be visible varies from one state to the next. Always check the driving manual for guidelines. Some state-specific information is included below to give you a rough idea of what is expected.

If you are carrying a child less than four years old or who weighs less than 40 lbs, that child must be restrained in an age-appropriate seat that shields them from moving parts of the bicycle. This could be a sling, a rear-mounted child seat or a trailer that has been designed to transport children. Never leave a child in a seat or trailer that is attached to the bicycle when you are not holding, walking or riding it.

Carrying luggage and other packages is permitted, providing you can keep at least one hand on the handlebars of your bicycle. Do not balance any item on your handlebars which may impede your view of the road ahead or your ability to control the bike.

It is illegal for any person riding a bicycle, motorcycle, sled, roller skates, skateboard or toy vehicle to attach themselves to any other vehicle. Remember, bicycles qualify as vehicles! The responsibility for this offense usually rests with the person hitching a ride – except where children are concerned. If you are caught towing a minor in any conveyance other than a safety-checked bicycle trailer, you could be fined or banned from using the road. Rules, fines and penalties for cyclists carrying passengers or luggage vary across the United States, so check your local driving handbook for details.

Bicycles on crossings and sidewalks

Bicyclists who are riding on the sidewalk or on a pedestrian crosswalk have the same rights and responsibilities as pedestrians. Though like car drivers, cyclists must yield to the pedestrian right-of-way in these situations. You must always give an audible warning before passing a pedestrian on a sidewalk or crossing.

Deaf and hearing-impaired pedestrians may not hear a warning call and are easily startled by bicycles approaching from behind. Slow down to a jogging-pace when passing pedestrians and always do so at a safe distance. If you cannot pass a pedestrian at a safe distance due to their position on the path or sidewalk congestion, dismount your bicycle and walk it past them on foot. 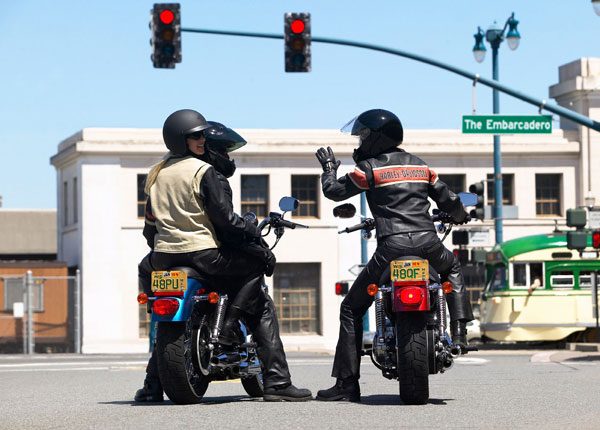 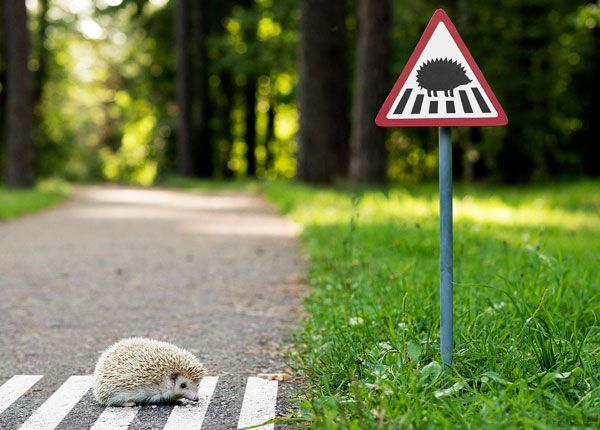 New drivers must learn how to park on a hill safely. Parking on a hill is more dangerous than parking on a flat surface, as you will need to contend with gravity and secure your vehicle in such a way that it does not roll. You will be legally responsible if your car causes damage to another person’s property or injures somebody, if you have not properly secured it.