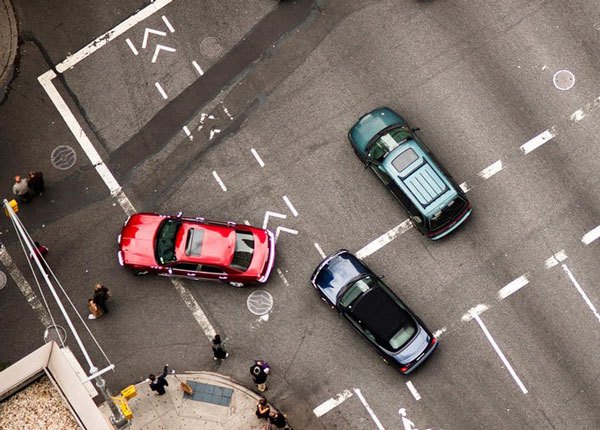 The art of making turns correctly is a skill often neglected by learner drivers. There are more techniques involved in turning than simply moving the steering wheel in the direction you wish to go. To prepare for turning at intersections, you must learn which traffic signals permit you to turn and which lanes should be used to execute the maneuver. The procedure varies based on whether you wish to turn left or right, whether the turn is protected or unprotected and which traffic signals are present.

When turning to completely reverse your direction of travel – perhaps because you have missed your destination or are going the wrong way – you have three main options. These are U-turns, two-point turns and three-point turns. Which type of turn you choose will depend on the width of the road, and several other factors. We discuss this in more detail further down.

Protected turns can be made at some intersections, under a green arrow signal which points in the direction of the turn. This is the safest turn you can make, as the green arrow means all opposing traffic, cyclists and pedestrians should be halted by a red signal light. You should always keep an eye on opposing traffic when making a protected turn, as there is no guarantee that other motorists will abide by the rules. Bear in mind that certain intersections will have dedicated turn lanes to facilitate protected turns, in addition to a green arrow signal. 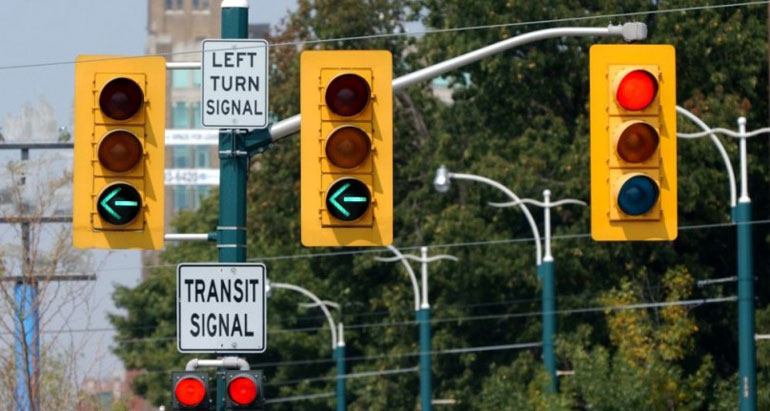 Vehicles facing the signal with the green arrow may proceed safely into the intersection. While turning left, you are protected from oncoming traffic that must stop for vehicles at an intersection.

Unprotected turns at intersections are more common than protected turns. When making an unprotected turn without a green arrow signal, you MUST yield to oncoming motorists, cyclists and pedestrians wishing to cross the intersection. Drivers should execute an unprotected turn when a solid green signal is active, taking care to concede the right-of-way to traffic approaching from the opposite direction. Sometimes you will encounter signs reminding you to yield before turning, for instance: “LEFT TURN YIELD ON GREEN”. 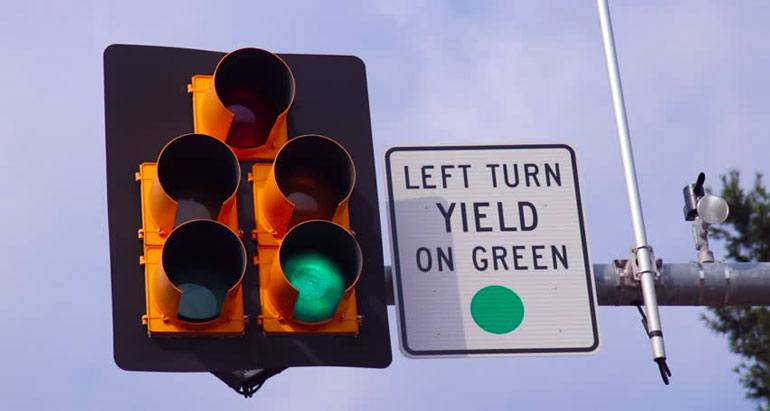 When making a turn under a steady green signal, drivers must yield the right-of-way to other traffic at the intersection as required by law.

Turning right is generally easier and safer than turning left, as you will not need to cross paths with oncoming traffic. As you can imagine, this substantially reduces the likelihood of being involved in a head-on collision. Our detailed guide to making right turns will discuss when it is appropriate to turn right and how you should execute the maneuver based on your circumstances. Included in this section is information on turning right under a red signal and how you should turn at uncontrolled intersections. 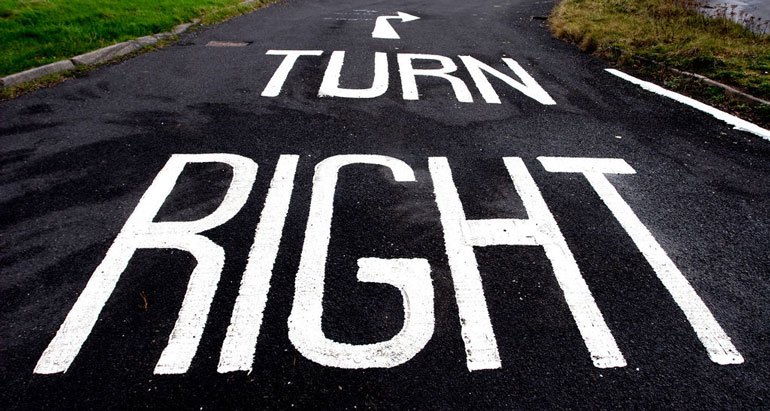 Check for traffic in both directions before turning right.Only turn when you are certain it is safe and do not swing your vehicle wide during or prior to the turn.

Turning left at an intersection means you must cut across lanes of oncoming traffic. The risk associated with turning left is greatly reduced if you can make a protected left turn, as all opposing traffic should be held back by a signal. Making an unprotected left turn demands that you yield the right-of-way to all traffic moving in the opposite direction, in addition to cyclists and pedestrians. Our guide to left turns will talk you through the road rules and safety issues which must be considered when making this maneuver.

Turning on a Red Traffic Signal

Contrary to the belief held by many novice drivers, turning under a red traffic signal is not always prohibited. You must read your driver’s handbook carefully to avoid making dangerous and illegal turns under a red light. Whether a turn under a red signal is permitted will depend on your state’s own rules, the direction of the turn and whether one or two-way streets are involved.

Right turns under a red traffic signal are permitted in most states, though you will need to yield to cross traffic and in certain cases, come to a complete stop before turning. If you are turning from a one-way street onto another one-way street, turning left at a red traffic signal may be allowed. In rarer cases, turning left under a red signal from one two-way street to another is permissible. We cannot stress strongly enough how important it is to check your driving manual for state-specific information on this subject. 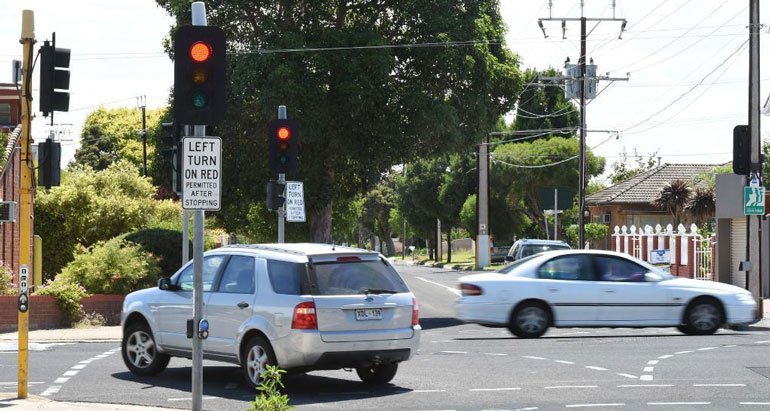 Unless a traffic sign is posted to prohibit turns in a particular direction, a driver may turn on a red light or red arrow.

Center left-turn lanes are designed exclusively for making left turns and cannot be used by drivers moving straight through an intersection. You will encounter these lanes at busier intersections, as they allow motorists to turn left without holding up the flow of traffic traveling straight across. Two-way center turn lanes are easy to spot as they are generally sign-posted, and the dividing lines are painted yellow. Drivers must not travel or overtake other vehicles in the center left-turn lane. 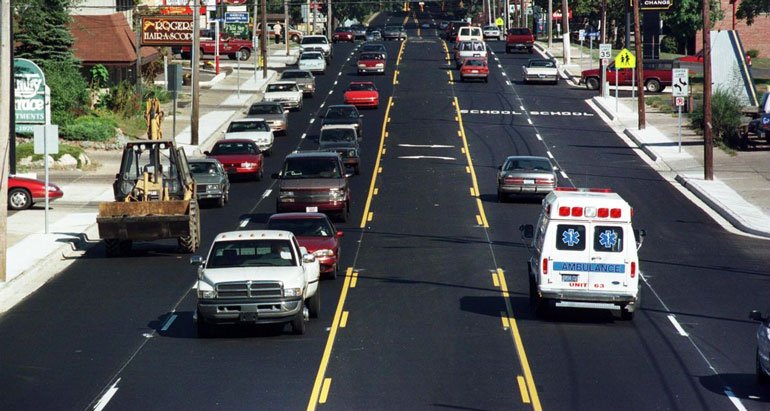 Center left turn lanes are also referred to as two-way left turn lanes. These lanes are designed to improve the flow of traffic at busy intersections, by allowing drivers to safely turn left without interfering with motorists traveling straight on.

U-turns are one of the easiest ways to change direction, though they are often dangerous or illegal. If you must reverse your direction of travel it is recommended that you use a designated turnaround area or drive around the block. When neither of these things is possible, you may consider making a U-turn before a two-point or three-point turn. U-turns are made in a single, fluid motion unlike the other two turns, which are made up of several smaller maneuvers. The rules concerning when and where U-turns can be made vary state-by-state, so check your driving manual for location-specific details.

Two-point turns are a good turn-around option if driving around the block or making a U-turn is not possible. However, this type of turn is dependent on you having access to a driveway or a quiet side-street on either side of the road. It is better to choose a driveway on the right side of the street for a two-point turn whenever possible, as this would allow you to reverse in and drive back onto the road facing forward. Using a driveway on the left is a little riskier, as it would mean backing out into a lane of traffic. 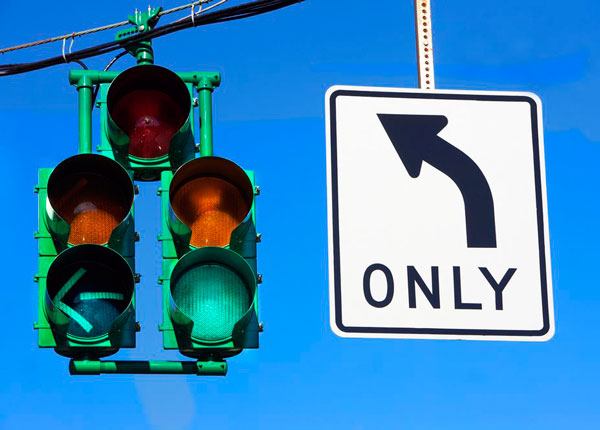 Protected turns are made at signal-controlled intersections when a green arrow light is present. When a turn is protected, all other streams of traffic, cyclists and pedestrians are halted by red traffic signals. This makes protected turns safer and easier to negotiate than unprotected turns, as the chances of colliding with another road user are minimized. 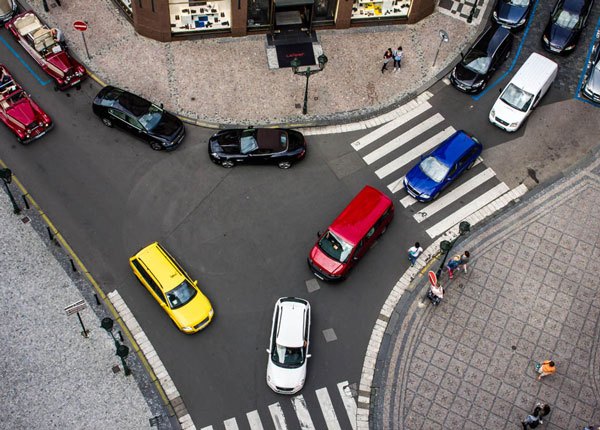 Any and all turns made at intersections without the aid of a green arrow signal qualify as unprotected turns. When the turn is unprotected, you must yield the right-of-way to oncoming traffic and pedestrians before turning. 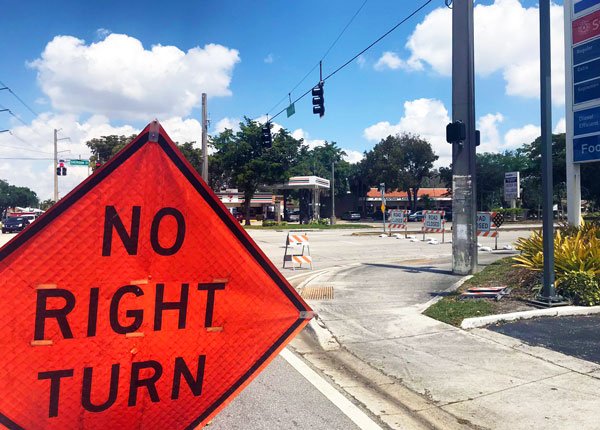 While all course changes require knowledge and skill, making a right turn is easier, safer and more straight-forward than making a left turn. When turning right you do not need to worry about traffic traveling in the opposite direction from the road you are entering, which makes things a whole lot simpler. In some areas you can even turn right against a red traffic signal

Drivers commonly flash their headlights to attract the attention of other motorists for a variety of reasons. However, most official state driving manuals recommend flashing your headlights only to notify other drivers that their high-beams are on as they approach you from the opposite direction. Leaving your high-beams on can temporarily blind other drivers and cause a collision.

Sounding your car horn is the most effective way to get another road user’s attention. However, it is also the most aggressive means of communication and as such, must be used sparingly. Some drivers use the car horn to express anger and frustration when things on the road do not go their way. Of the all the incorrect reasons to sound your horn, being angry at another road user takes the prize for worst offense.

There is far more to using driving lanes than simply keeping yourself within the road markings that separate one row of traffic from another. Which lane you should occupy and how you should drive within that lane depend on your speed, direction of travel, whether you intend to turn and a whole host of other factors.

Learning how to use lanes appropriately is essential for any driver who will be using large roads and freeways where there are multiple lanes of traffic moving in the same direction. Incorrect lane usage can endanger all road users, hold up traffic and incur a traffic fine.

New drivers must learn how to change lanes safely and practice the maneuver as often as possible – there is more to it than you think. Changing lanes unsafely endangers you and everybody with whom you are sharing the road! Getting marked down for an unsafe lane change during the driving test will probably cost you your license.

Merging onto A Highway

No matter how thoroughly you mentally prepare yourself for the challenge of driving on the highway, your very first time is going to be stressful. Knowing what you are doing on paper is not the same as being able to execute the advanced maneuvers needed during highway driving. Being around other motorists traveling at speed is intimidating but you will quickly adapt, with regular practice and guidance from your instructor. Let’s find out what you need to know about entering a highway and merging with other traffic safely.