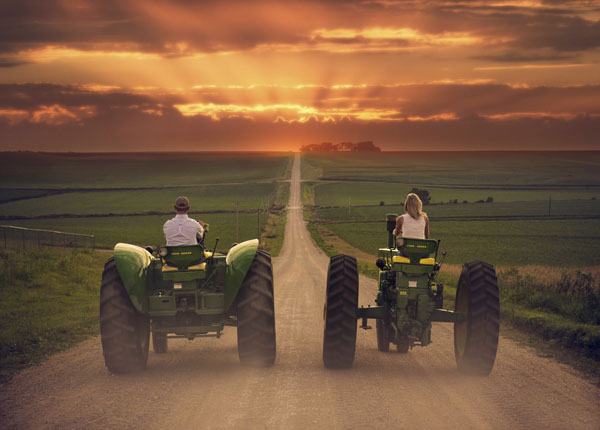 Slow-moving vehicles are those designed to operate at a speed of 25 mph or less, such as farm vehicles, animal-drawn vehicles, road maintenance vehicles and motorized construction equipment. By law, slow-moving vehicles must display an orange triangular emblem at their rear to warn road users approaching from behind of their low speed.

All motorists should decrease their speed around slow-moving vehicles bearing an orange warning sign. You should also keep in mind that these vehicles take longer to accelerate when entering a stream of traffic and will lose speed on long or steep hills.

Farm vehicle related collisions are on the increase in the United States. This is happening as more city workers move to surrounding rural areas and commute to work using two-lane rural roads; as more farmers own or lease land that is separate from their main farm and as many two-lane roads now permit high-speed driving.

Data appears to show that these collisions are often deadlier for the occupants of the passenger vehicle than they are for the farm equipment operator. The following information will help you to stay safe and avoid collisions with farm vehicles. This guidance was issued by the Georgia Farm Bureau but will be relevant in all areas where farm vehicle collisions prevail.

Always be on the lookout for horse riders and horse-drawn vehicles. These road users are governed and protected by the same rules of the road as motorists. By law, you must respect riders and horse-drawn vehicles, approaching at a slow speed, with care and while maintaining a safe distance. You must not sound your horn or pass a horse rider at speed; this would likely startle the animal and cause a collision.

Some states have additional rules relating to “low-speed” vehicles that may be converted for use on public roads, such as golf carts and electric “toy” cars. It is important that you understand the rules these vehicle operators are subject to, should you encounter them on the roads.

Where low-speed vehicles are considered a separate entity to slow-moving vehicles, their definition and permitted use will be different in every state. Always read through your state’s own driving manual thoroughly, to ensure you know with whom you may be sharing the road. In general, low-speed vehicles have four wheels, a maximum speed of 20 to 25 mph and are powered by electricity - though this is not always the case.

In Texas, certain lightweight golf carts, tractors and farm equipment may be driven temporarily on public highways without being registered, inspected or required to display a license plate. Be aware that you may encounter these vehicles, particularly on rural roads. Exercise caution and patience when approaching a low-speed vehicle; do not attempt to pass unless you are certain it is safe.

The rules in Florida are quite different, allowing golf carts and other vehicles with a maximum speed of 25mph to use any public roadway with a speed limit of 35 mph or less. Though, such vehicles must be registered, insured and equipped with headlamps, stop lamps, turn signals, tail lamps, reflex reflectors, parking brakes, rear-view mirrors, a windshield, seat belts and an identification number. Drivers of these low-speed vehicles have the same rights and responsibilities as any other motorist, though their vehicles will afford them less protection if a collision occurs.

Funeral processions travel at a reduced speed. This typically includes a maximum of 30mph on ordinary roads and 45 to 55mph on highways. You must reduce your speed and yield to funeral processions when you encounter them.

Keep in mind that once the lead vehicle has cleared an intersection, all other vehicles in the procession may follow it through, irrespective of the traffic signals. Drive respectfully around funeral processions. Never cut in between two cars in the procession, sound your horn or try to pass when approaching from behind. 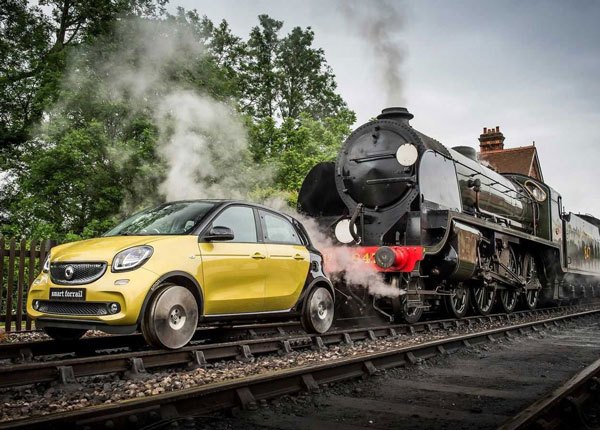 Sharing the Road with Trains 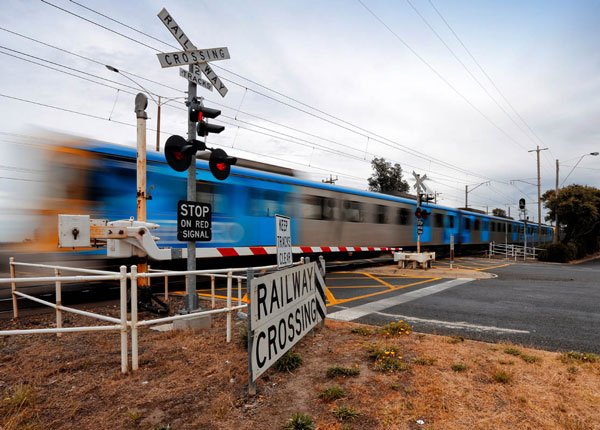 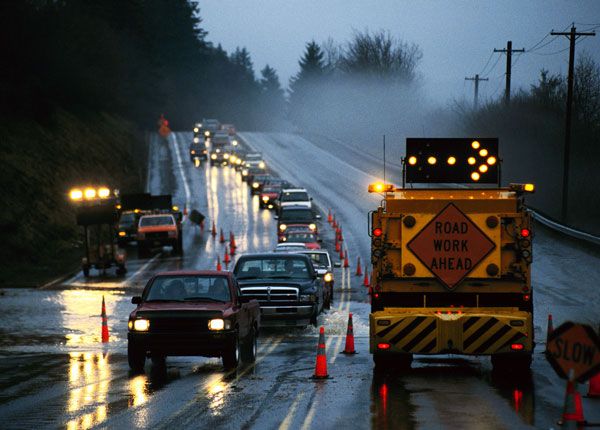