Highways are usually the best roads to use when traveling long distance. These roads are also known as expressways, limited access highways, interstate highways, turnpikes, toll roads and freeways. Most highways have two to four lanes of traffic moving in each direction, with opposing traffic separated by a central barrier or median.

Highways facilitate faster travel and have higher speed limits than other roads, as they do not have intersections that would require drivers to yield or stop. Only at set interchanges can motorists enter or exit a highway. Often, these access points will be many miles apart.

Highways allow motorists to travel long distances quickly and conveniently, thanks to their higher speed limits and the relatively straight paths they cut across the country. Aside from this, highway driving has a few other advantages:

These advantages add up to driving conditions that are among the safest you will experience. However, there are still risks to highway driving. While accidents are rarer on highways than other roads, they are often catastrophic when they occur. When driving at highway speeds, drivers must remain alert and be able to make split-second decisions to avoid collisions.

Freeways are only our country’s safest roads when you know how to drive on them correctly. Safe highway driving begins with understanding the risks involved. When traveling at high speed, amidst large volumes of traffic, enormous trucks and ever-changing conditions, motorists must be at the top of their driving game. Keep the following risks in mind when driving on an interstate highway:

Choosing the correct lane, moderating your speed, maintaining a sufficient following distance and taking regular breaks are the best ways to manage the risks associated with highway driving.

Driving too slowly on a highway can be every bit as dangerous as driving too fast. Keep in mind that many states impose a minimum speed limit of 50 mph when the maximum signposted speed limit is 70 mph. Each state also sets a maximum highway speed which drivers must adhere to if no other signs are posted stating otherwise. In Florida, the max speed allowable on limited-access highways is 70 mph.

When highways pass through urban areas, the increase in entry and exit points will likely be reflected in a lower speed limit. Signs indicating the change in limit will be posted at regular intervals.

Drivers must remember that when moderating speed, they may not drive up to and including the maximum speed limit if traffic conditions do not safely allow it. This is known as the “Basic Speed Rule”. If you are caught driving too fast for traffic and road conditions you will be prosecuted, regardless of the “legal” speed limit.

The main highway restrictions you must adhere to are listed below.

Keep in mind that these restrictions generally reflect extremely dangerous driving behaviors. As a result, serious penalties can be incurred by breaking the rules. For instance, improper passing on a highway comes with a penalty of four license points in many states.

The "Move over" law

In states where the “move over” law or similar rules apply, highway drivers must move over a lane or slow down when approaching a stopped emergency response vehicle or tow truck, displaying flashing or amber warning lights. Tow truck drivers, police officers, paramedics and other emergency response personnel are subject to great risk of injury when assisting the public on a highway. The move over law was introduced in California, New Jersey, Florida and many states to protect these workers. Check your state’s own driving manual for details.

Fines for violating the move over law vary from state to state. In New Jersey, drivers found failing to move over will be subject to a fine of at least $100, which could be as high as $500, depending on the severity of the offense.

Observing signs, signals and pavement markings is imperative for safe highway driving. Fortunately, highway signs are typically easy to understand and regularly posted. They also provide additional information to help drivers navigate and find their location on a map. Here are the most common signs you will encounter on an interstate highway:

With basic highway information out of the way, the next sections of the program will discuss safe highway driving tactics, safety features and navigating interchanges – everything you need to master interstate travel! 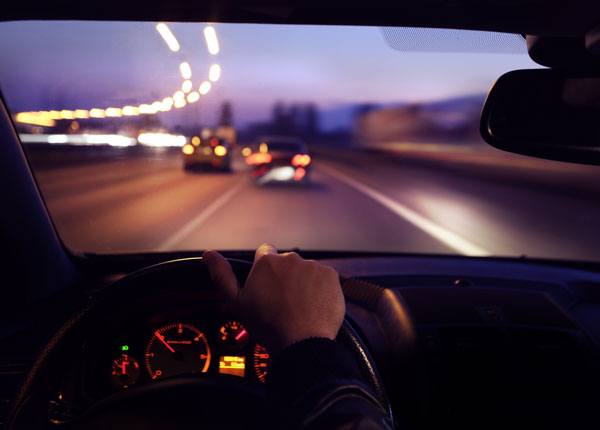 Driving on Highways 3 of 10

Despite occurring far less frequently, collisions on highways are usually more severe than collisions on other roads. When high speeds are involved, the chances of a collision resulting in fatalities are much greater. Making a mistake on a highway could cost you your life. 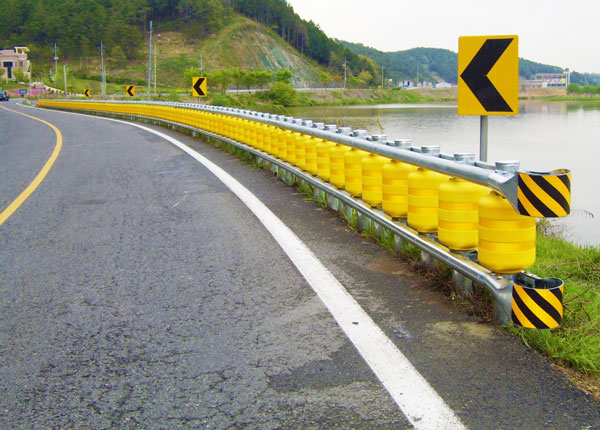 Driving on Highways 4 of 10

Many highly effective safety features have been implemented on interstate highways around the country over the past few decades. These features are designed to cut back on collisions, reduce off-the-road crashes and minimize annual highway fatalities by making the crashes that do occur less severe. Thanks to the improvements made under the Highway Safety Improvement Program (HSIP), United States highways are now among the safest roads in the world. 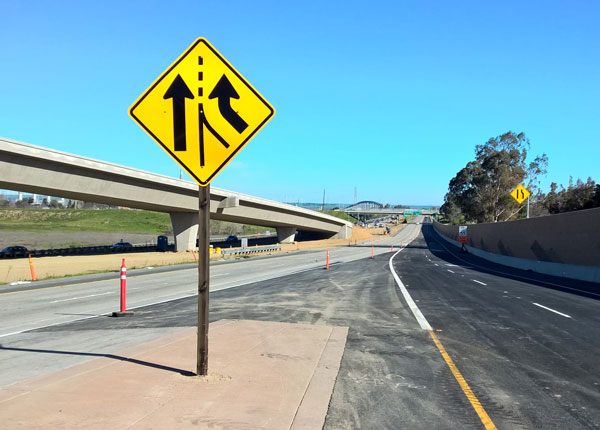 Driving on Highways 5 of 10

It is important to learn the proper procedure for entering a highway - especially where acceleration and merging are concerned. Merging with high-speed traffic can be dangerous and presents a real challenge for less-experienced drivers. The secrets to safe and successful freeway entry are being vigilant, signaling and matching the speed of existing traffic.

Driving on hills presents many of the same challenges as driving on a curved road. Your ability to see opposing traffic may be impeded by the crest of the hill and additional forces will be acting on your vehicle. Whereas centripetal and centrifugal forces will affect your car while driving through a curve, hill driving means you must contend with gravity. The steeper the hill, the greater this effect will be.

Driving in Heavy Traffic 1 of 4

Heavy traffic is a major contributing factor to many complex risk environments, such as limited access highways, urban areas, complex intersections and multi-lane roads. When sharing the roadway with a large volume of other motorists, drivers must be able to multitask. While monitoring the area around your vehicle, you will also need to scan the road ahead, position your vehicle appropriately, maintain a safe speed and ensure you are in the correct lane.

Driving in Heavy Traffic 2 of 4

Driving in Heavy Traffic 3 of 4

Driving on busy, multi-lane roads requires constant vigilance. With traffic and potential hazards in-front, behind and on both sides of your vehicle, the risk of an accident or collision occurring is high. At a moment’s notice, you must be ready to alter your speed or lane position to avoid danger.

Driving in Heavy Traffic 4 of 4

Driving on Highways 1 of 10

Highways are the backbone of the United States transportation system. Together, they connect every major population in the country. These high-speed, limited-access roads make it possible to travel long distances conveniently and safely - providing you abide by the rules and avoid taking unnecessary risks.