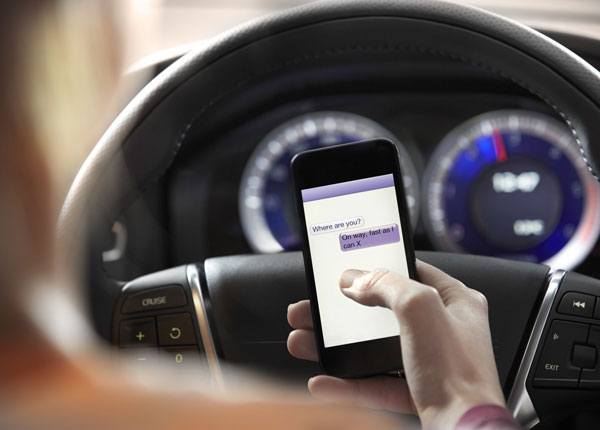 Cell Phone Restrictions for Drivers in the US: Texting, Teen Drivers, Wireless

Operating your cell phone or any other electronic device while driving is dangerous, as it will take your attention away from the road and may limit your control of the vehicle. While distracted, you may wander out of your lane, increase speed without realizing it, fail to spot an upcoming hazard or be unable to maneuver effectively.

Rules concerning the use of cell phones and similar devices have now been written into traffic law in the interest of public safety. This article will make sure you are up-to-speed on cell phone laws and restrictions. New drivers should also refer to their state driving handbook for region-specific rules and restrictions.

Cell phone restrictions for drivers under 18

For drivers under the age of 18, using a wireless communication device while driving is prohibited in most states. This refers to talking, listening, sending, reading or writing any text or audio-based communication and is applicable in 38 states and the District of Columbia as of 2017. Note that some of these states place this restriction on all drivers under 21.

Except for during emergency situations, no permit or license holder under 18 years old may operate a motor vehicle while also using a wireless communication device, in states where this law applies. Persons caught violating this traffic law will be fined. The size of the fine will depend on the laws in your state; this information can be found in the official driver’s handbook. In Georgia, drivers are fined $150 for this offense.

What is a wireless communication device?

Using Georgia state laws as an example, persons under 18 may use a wireless communication device while driving when:

These laws refer to persons operating a vehicle that is moving, standing or stopped on a roadway. If the vehicle is safely and lawfully parked, the driver may use a wireless communication device.

Cell phone restrictions for drivers over 18

In most states, wireless communication device rules are a little more relaxed for drivers over the age of 18. However, 16 states and the District of Columbia forbid ALL drivers from using a hand-held cell phone while operating a vehicle - adult drivers included. In these states, adult drivers are permitted to speak and listen via a hands-free system as while still being distracting, this is considered less dangerous.

More commonly, text-messaging is prohibited while speaking on a cell-phone (hand-held or otherwise) is permitted. This is because writing and reading text-based communications requires visual attention (which should be focused on the roadway), whereas speaking or listening on a cell phone does not. As of 2017, 47 states and the District of Columbia have banned text messaging while operating a vehicle. 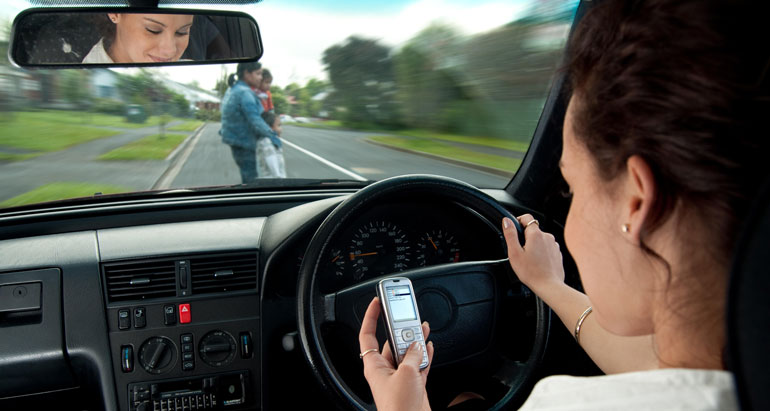 It is illegal to drive a vehicle while using a cell phone to write, send, or read text messages, instant messages, and emails unless you are 18 years old or older and using a device that allows voice and hands-free operation.

All motorists must refer to their state driving manual for guidance on cell phone use, as many states have additional rules and restrictions other than those mentioned here. It is extremely common for school bus drivers to be banned from using mobile communication devices while driving, even when no other restrictions are in place for adult and underage drivers. Arizona is an example of one such state.

You may also find that cell phone use is banned in certain high-risk areas, such as around highway work zones, school zones or where sign-posted for other reasons.

Remember that motorists are legally required to do everything possible to maintain a safe driving situation for themselves and all other road users. Using a cell phone or wireless communication device can still be a violation - even when state law does not explicitly prohibit cell phone use – if using such a device endangers other road users or causes a crash.

For instance, Maine traffic laws consider improper use of a cell phone while operating a vehicle to be an infraction in that it amounts to “distracted driving”. In Utah, drivers may be prosecuted for speaking on a hand-held wireless communication device if they are caught committing another moving traffic violation at the same time.

The bottom line is that using your cell phone while driving increases your chances of being involved in an accident or collision. Unless exceptional circumstances demand it, it should be avoided. 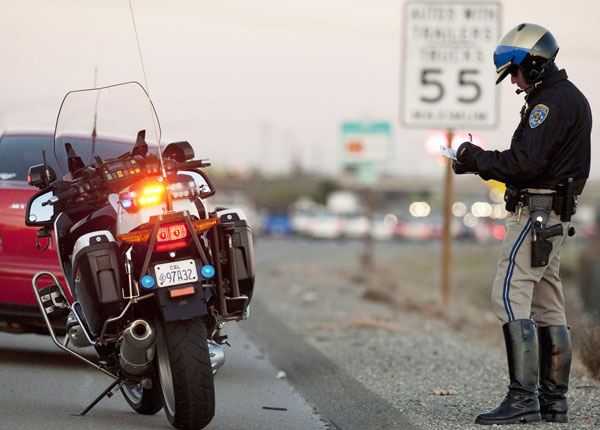 Other Traffic Laws 2 of 4

Nearly all motorists are stopped by a law enforcement officer sooner or later. If this happens to you, it is most likely because you have committed a moving traffic violation. You may not believe you have done anything wrong but keep in mind that most traffic violations are committed unknowingly. Whatever the reason, you must comply with the law enforcement officer and pull over when they indicate that you must stop. 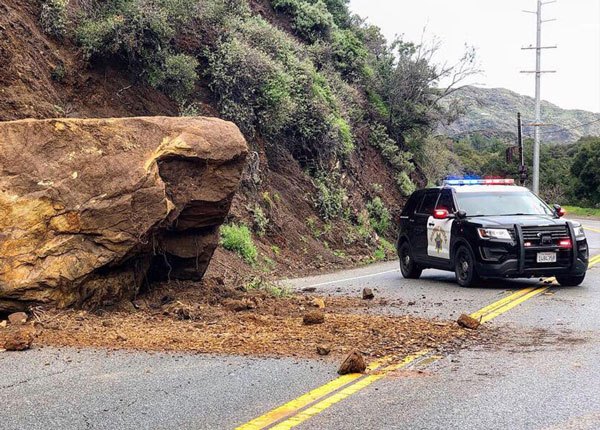 Other Traffic Laws 3 of 4

During your time as a driver, you will frequently encounter situations where you are exposed to a greater-than-usual level of risk. Whether the increased in risk is minor or significant, you will need to adjust your driving behavior to keep yourself and other road users safe. 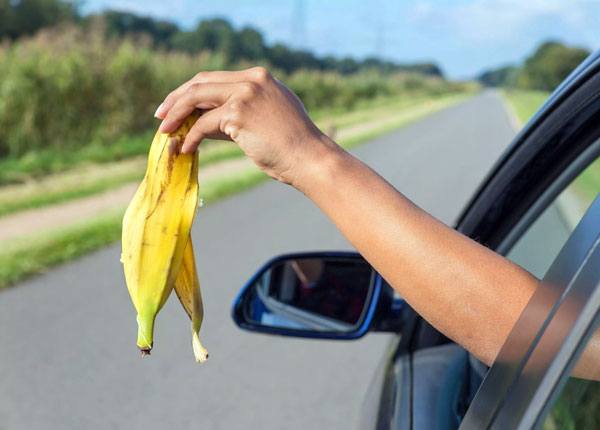 Other Traffic Laws 4 of 4

In this section, we cover various miscellaneous traffic laws which every driver must be aware of, even though may not be relevant so frequently as speed laws, right-of-way rules and other regulations you must adhere to on a day-to-day basis. Unless you are well informed of the rules in your state regarding leaving children unattended in a vehicle, transporting passengers in trailers or how much cargo you can carry, you could inadvertently break a traffic law without even knowing it existed.