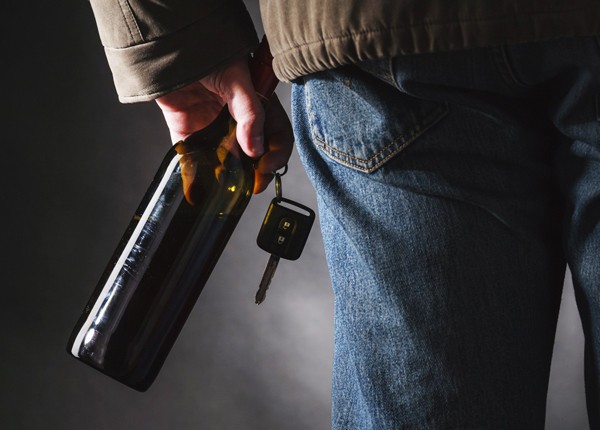 Driving Under The Influence of Drugs & Alcohol: The Big Picture

Alcohol and drug-impaired driving is responsible for the unfathomable loss of life around the United States. In 2016, at least 10,497 people are known to have died in alcohol-impaired traffic crashes. This astonishing figure accounts for 28% of all traffic fatalities that year. State by state, the percentage of traffic fatalities that involved alcohol-impaired driving ranged from as low as 19% (Utah) to an alarming 45% (Montana and North Dakota).

To qualify as an “alcohol-impaired” incident, one or more of the drivers involved in ит must have a blood alcohol concentration of 0.08% or higher, which is over the legal limit. Though it is not always easy to determine to what extent alcohol-impairment contributed to these collisions and their resulting fatalities, we do know that a BAC of 0.08% can result in significant reaction, cognition and motor skill impairment. It is probable that many of these deaths could have been avoided, was alcohol taken out of the equation.

The impact of drug-impaired driving is difficult to measure, though it is thought to account for around 16% of all traffic crashes. The National Highway Traffic Safety Administration (NHTSA) published the results of a roadside survey in 2015, which sought to identify how a driver’s risk of being involved in a collision was affected by drug-impairment. Their findings show that compared to an unimpaired driver:

The study also demonstrated that use of opiate pain killers (such as morphine or oxycodone) significantly increased a driver’s risk of crashing. Furthermore, they discovered that combined drug and alcohol impairment made drivers five times more likely to be involved in a collision.

Too many drivers believe that their driving ability is constant and will not be adversely affected by drugs or alcohol. Sadly, even minor changes in mood, physical coordination, cognition, vision and perception can lead to deadly mistakes on the roadway. In response to the growing impaired driving epidemic, the NHTSA launched a nationwide campaign “if you feel different, you drive different” to help drug and alcohol-impaired drivers identify when they are no longer fit to drive. Traffic laws and penalties are effective weapons in the fight against impaired driving, but self-awareness is the key to saving lives.

The history of impaired driving

The problem of alcohol-impaired driving was first recognized in the early 1900s, as the mass production of cars dramatically increased the number of vehicles on the road. New York became the first state to make alcohol-impaired driving an offense, enacting a law which stated that “no intoxicated person shall drive a motor vehicle”. It was a step in the right direction and other states soon followed suit. Unfortunately, early alcohol laws did not specify what level of alcohol intoxication qualified as breaking the law. Plus, law enforcement officers had to rely on their own observations to determine whether a driver was alcohol-impaired, which made it very difficult to enforce the law.

In 1936, an early version of what we now know as the breathalyzer test was invented. The aptly named “drunkometer” featured a balloon filled with a chemical solution, which would change color when an intoxicated person blew into it. The depth of the resulting color indicated how much alcohol was in their blood. It was a crude and inaccurate test, compare to the breathalyzer as we know it today.

By 1954, breathalyzer tests became standard issue for law enforcement patrols. This new piece of technology gave police officers a portable, accurate and non-invasive way to determine precisely how much alcohol a person had in their bloodstream. Now that BACs could be accurately tested, the government was tasked with setting a maximum BAC limit above which a driver could be charged with driving under the influence. Unfortunately, limited research and understanding in the field of intoxication meant that the BAC limit was initially set at 0.15%. We now know that driving ability is significantly impaired at BACs far beneath this level. As a result, the new law did very little to tackle alcohol-impaired collisions and traffic fatalities. The problem worsened and by 1982, alcohol impairment played a part in around 60% of all traffic-related deaths.

Throughout the 1970s and 80s, grassroots action groups began to spring up in the fight against intoxicated driving. Remove Intoxicated Drivers (RID) and Mothers Against Drunk Drivers (MADD) drew particular attention to the problem of underage drinking, recognizing that teenagers and young people accounted for a large portion of alcohol-impaired traffic fatalities. Partially as a result of their action, the National Minimum Drinking Age Act was established in 1984. In every state, the minimum age for the purchase and possession of alcohol was raised from 18 to 21 years old. The federal government could not force state governments to adopt the law but faced with the threat of a 10% reduction in federal highway funding if they did not comply, they chose to get on board. By 1988, all 50 states and the District of Columbia had set 21 years as the minimum drinking age. Since the 90s, every state has adopted a “zero tolerance” law that allows underage drivers to be charged with DUI if they are found to have any level of alcohol in their blood while in control of a vehicle.

Following an incentive grant set by the federal government in 1998, the legal BAC limit was lowered from 0.15% to 0.08% in 2000. Within five years, all 50 states and the District of Columbia had adopted the 0.08% drink-driving limit. It is still possible to be alcohol-impaired (and charged with DUI) at BACs lower than 0.08%. However, this new stricter limit had an almost immediate positive effect on the number of alcohol-impaired traffic accidents occurring around the country. National drunk driving fatalities decreased by about 20% in the year following the enactment of the new limit and have remained relatively stable since that time.

Utah has recently voted to lower their legal BAC limit to 0.05% in a bid to further lower alcohol-impaired traffic fatalities. Depending on how this change is reflected in DUI statistics over the next few years, other states may decide to follow suit. Ultimately, the most effective way to tackle impaired driving is to increase driver awareness. When you fully understand the potentially devastating consequences of getting behind the wheel while impaired, you are more likely to play it safe and leave your keys at home. 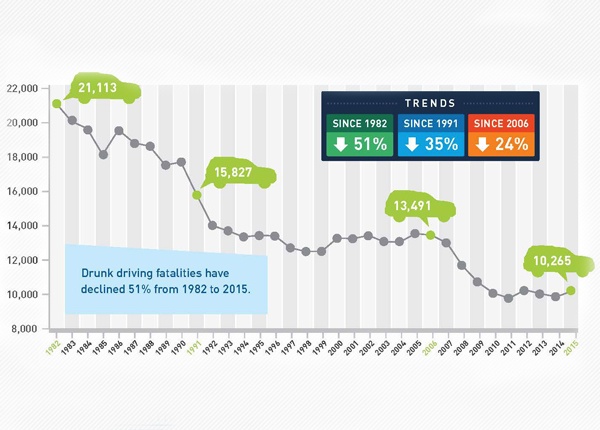 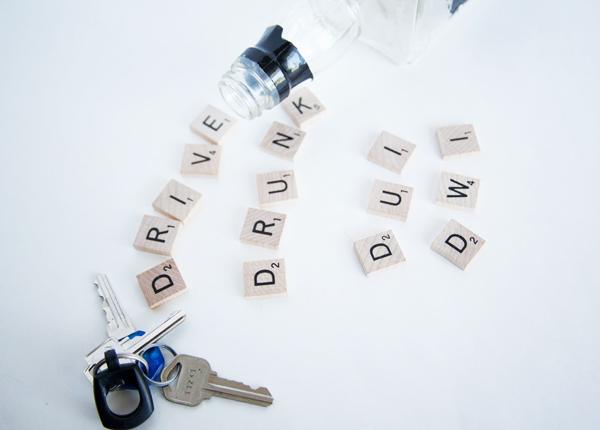 No two collisions have ever played out in precisely the same way. Head-on collisions are generally the most severe; whereas, vehicles involved in rear-end collision typically sustain minor damage. Understanding the usual consequences of each collision-type helps you to react appropriately in an emergency.