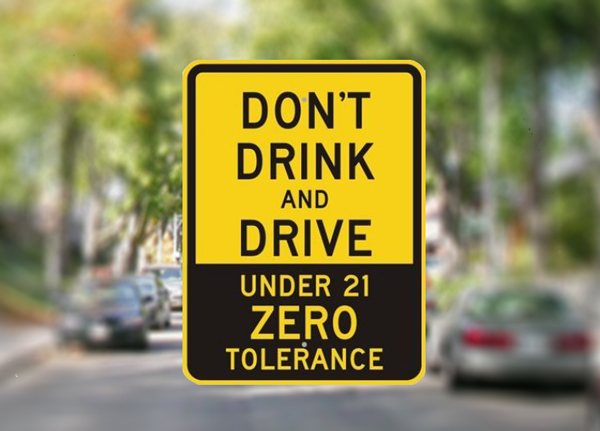 Since 1998, every state has a zero-tolerance law that prohibits under 21-year olds from driving with any detectable amount of alcohol in their bloodstream. It is also illegal for an underage person to possess or consume alcohol. Prior to the enactment of zero tolerance laws but after the national minimum drinking age had been set at 21, an underage person may have been charged with possessing or consuming alcohol if they were caught driving with alcohol in their system. However, if their BAC was under the legal limit of 0.08%, they would not be charged with DUI.

Now, an under 21-year old with even trace amounts of alcohol in their blood will automatically be guilty of driving under the influence. Zero tolerance laws do not distinguish between severity or circumstance; an underage driver who consumes trace amounts of alcohol by using mouthwash or cough medicine will be punished just the same as an underage driver who has consumed a six-pack of beer.

There are some variations in underage drinking laws around the United States, though in general, a person under 21 years old may not:

Zero tolerance laws forbid underage drivers from operating a vehicle with any detectable amount of alcohol in their system. This seems straight-forward, however, what qualifies as a “detectable amount of alcohol” varies a little from state to state. The legal BAC limit for under 21-year olds ranges from 0.00% to 0.02% around the United States. Here are some examples:

The legal BAC level is low enough in every state that drinking even a single alcoholic beverage would put you over the limit. It is important to know what the limit for under 21-year olds is in your state so that you can avoid accidentally consuming an illegal amount of alcohol. Many products such as mouthwash, cough medicine and desserts contain trace amounts of alcohol. Consuming these products could be enough to put you over the legal limit in a state where the limit is set at 0.00%.

Underage alcohol offenses incur different penalties in different states. In some states, illegal consumption or possession of alcohol is punished as harshly as driving under the influence of alcohol. In others, possession and consumption incur much milder penalties than DUI.

Driving under the influence of alcohol is a serious offense in every state. If you are found guilty of DUI, you may be fined, ordered to complete community service, suspended from school or have your license revoked. As always, it is essential that you know how the law in your state applies to this matter. Be sure to look up the relevant information in your state’s driving handbook when you are done working on this module.

For now, here are some state-specific examples of underage alcohol offenses and penalties to give you a rough idea of what to expect if you are caught breaking a zero-tolerance law:

DUI penalties: A fine of up to $500, up to 40 hours of community service and a license suspension of up to 60 days.

DUI penalties: A fine of $125, a six-month license suspension and mandatory participation in an impaired driver education program.

Possession and consumption: A fine of up to $50, up to 30 hours of community service and mandatory participation in an alcohol awareness program.

DUI penalties (BAC 0.05% or over): A fine of $100, a one-year license suspension and a mandatory alcohol education program (over 18s only).

DUI penalties: A fine of up to $100 plus court costs and surcharges and a license suspension of up to 3 months.

The penalties mentioned above refer to first-time offenses only. If you are convicted of a second or third underage alcohol offense, the punishments you receive will be substantially harsher.

Keep in mind that most states have extremely strict laws against supplying an underage person with alcohol. This often includes serving alcohol at a party where under 21s are present. The penalties for supplying alcohol to a minor range from state to state but often include a fine of up to $5,000 and a jail sentence of up to one year.

Over 40 states have exceptions to their zero-tolerance laws, which would allow an under 21-year old to consume or possess alcohol under certain circumstances. In Alaska, Colorado, Delaware, Kansas, New York and more than 20 other states, under 21-year olds are permitted to consume alcohol on private premises (that do not sell alcohol) with permission from a parent. Louisiana, Nebraska, Nevada, New Jersey, Oklahoma and South Carolina allow minors to drink alcohol on private premises without parental permission. Just a handful of states permit minors to drink alcohol on alcohol-selling premises if a parent is present and gives consent.

Many states also permit under 21-year olds to consume or possess alcohol for:

In 17 states and the District of Columbia, an underage person is exempt from alcohol consumption and possession charges, if they report a medical emergency concerning another underage drinker. This law is designed to encourage minors to speak out and seek medical assistance, without fear of legal repercussions. Note that where this law does apply, it ONLY applies to the first person who calls in the medical emergency. Any other minors involved would still face possession and consumption charges.

In most states, an open container of alcohol is defined as having:

A small handful of states do not have open container laws for passengers. In Delaware, Tennessee, Connecticut, Virginia and several other states, an adult passenger could legally possess an open container of alcohol in a vehicle – and drink from it – without breaking the law. Check your state’s driver manual for details on the open container law in your area.

Handling and serving alcohol at work

In most states, under 21-year olds are permitted to serve alcoholic beverages at their place of work, if it is within the scope of their job role. However, they still cannot legally consume alcohol on their work premises. Only Alaska, Nevada and Utah require a person to be 21 or over to legally serve alcohol. In Maine, the minimum age requirement for serving alcohol is 17, though in all other states, a person must either be 18 or 19 years old.

The law in most states distinguishes between serving alcoholic drinks in a restaurant or bar and selling unopened alcohol in a liquor or grocery store. Some states – including Texas - allow minors of 16 or older to sell unopened alcohol if their job demands it.

Penalties for using a fake ID

Using a fake ID to misrepresent your age is a serious crime and is treated as a felony in many states. The penalties that using a fake ID may incur vary from one state to the next and will depend of the circumstances of the crime. In every state, you can be punished simply for being in possession of a fake ID – even if you do not attempt to use it to buy age-restricted products.

An ID is said to be fake if:

If a fake ID crime has a low potential to cause harm and is a first-time offense, it is usually dealt with as a misdemeanor. In general, it is considered a less serious crime to borrow another person’s ID as opposed to manufacturing your own. Similarly, using a fake ID to buy alcohol or cigarettes is usually considered less serious than buying a gun. However, some states do not distinguish between different levels of fake ID crime and will punish them all extremely harshly.

Using or possessing a fake ID may result in:

Keep in mind that a person who successfully uses a fake ID to buy alcohol will be charged with underage possession of alcohol too, a crime that also carries hefty fines. Using a fake ID to buy booze is against the law and could prove to be an extremely expensive mistake!

Underage drunk driving is easily the biggest threat to the health and lives of the young people of the United States. Zero tolerance laws are strict in every state and are designed so that they cannot be ignored, subverted or worked around. In practically every state, a police officer may arrest and charge an underage person with alcohol offenses simply because they can smell alcohol on their breath; illegal BAC results are not required as evidence. Zero tolerance means zero tolerance. Touching so much as a drop of alcohol or associating with people who do could land you in big trouble and have a long-lasting negative impact on your life.

Remember that zero-tolerance laws are in place to protect you, not to spoil your fun. The strict regulation of alcohol has had measurable positive effects on road fatality rates around the United States. Alcohol restriction saves lives! 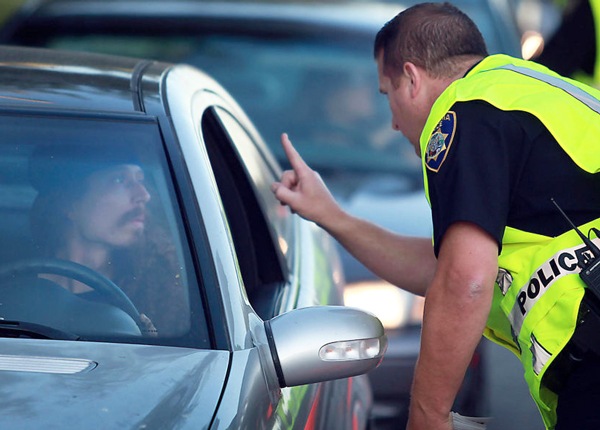 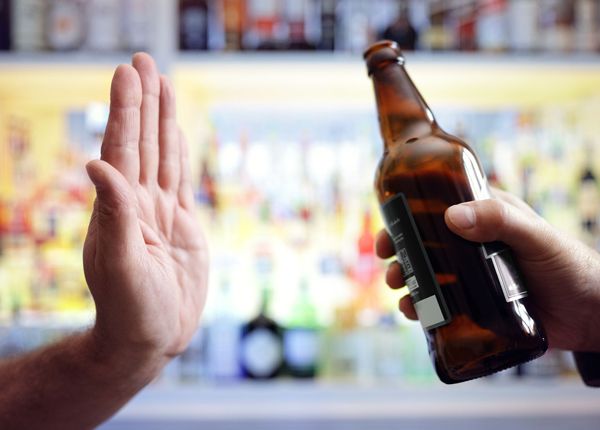 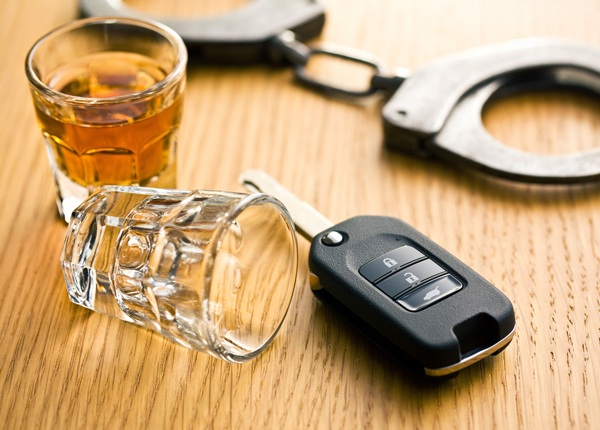