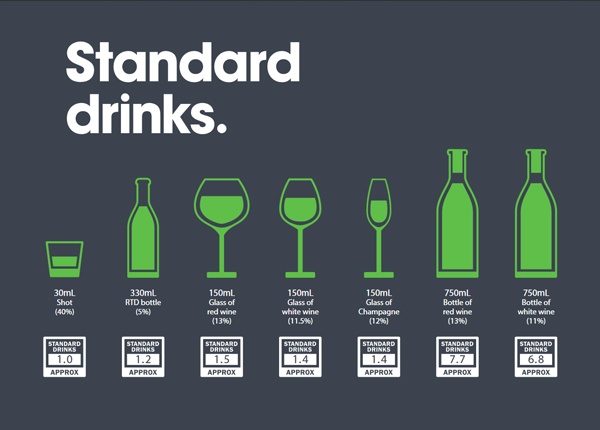 Driving with any amount of alcohol in your system will impair your physical skills, reaction time, vision and ability to make appropriate judgments based on the roadway environment. With very low trace quantities of alcohol, this effect is not usually noticeable. The higher your blood alcohol concentration (BAC), the more significant the impairment will be.

Where alcohol is concerned, the safest and most sensible course of action is not to drink and drive at all, even if you are under the legal BAC limit. The legal limit is based on the BAC at which most people begin to experience noticeable impairments and has been established to make the enforcement of DUI laws possible. However, as a soon-to-be qualified driver, you must realize that you can become impaired at BAC levels below this legal threshold. With so many different factors influencing how much alcohol makes it into your blood and how drunk you are as a result, driver impairment due to alcohol consumption is incredibly hard to predict.

Despite these variables, we do know that intoxication and driver impairment increase in-line with blood alcohol concentration. Hence, the legal BAC limit of 0.08% was established. If you are found to be over this limit while driving, you will be charged with DUI, irrespective of how intoxicated you “feel”.

Sticking below the 0.08% limit does not mean that you will be sober and unimpaired while driving. Alcohol affects every person differently and can result in different levels of drunkenness depending on the circumstances. A person with a BAC of 0.01% may experience slowed reflexes, blurred vision and poor judgment equivalent to somebody with 0.10% BAC.

Keep in mind that you can and will be charged with driving under the influence at ANY blood alcohol concentration of 0.01% or above if your behavior indicates that you may be impaired by alcohol.

Your blood alcohol level is determined by dividing the volume of alcohol detected, by the volume of blood in the sample being tested. The legal limit of 0.08% translates to:

The amount of alcohol in your blood is not the same as the amount of alcohol you consumed. Your BAC is influenced by your age, weight, how much you consumed, how quickly you consumed it and whether anything else interfered with the alcohol absorption. We’ll talk about this in more detail further down. For now, just know that driving with a blood alcohol concentration of 0.08% or above is illegal in every state. Furthermore:

You can find out whether these rules apply in your state, by checking the DMV website or an up-to-date copy of the driver’s handbook.

The problem with “one drink”

A person’s blood alcohol concentration is determined by far more than just the number of alcoholic drinks they have consumed. For starters, one drink may contain far more or less alcohol than another. In theory, the idea of a “standard” drink can help you to keep track of how much alcohol you have consumed. A “standard” drink is said to contain 0.6 ounces of pure ethanol, which is the equivalent of:

Though, thinking about “one drink” as containing a set amount of alcohol can cause more problems than it solves, as people often do not know precisely what their drinks are mixed with. Often, mixed drinks contain far more alcohol than a standard beer or glass or wine, though the sugar they contain makes them taste less alcoholic. Further compounding the problem is the fact that not all bartenders (or whoever is mixing the drink) use standard measurements of liquor.

Another issue is that not all beverages of a certain type (i.e. beer, wine or hard liquor) have the same percentage of alcohol. Most beers are around the 5 percent mark, though some can be as strong as 9 or 10 percent. This can be a huge problem, as one 5-ounce bottle of 10 percent beer contains as much alcohol as two, 5-ounce bottles of 5 percent beer.

How much alcohol makes it into your bloodstream is determined by the following factors:

In addition to the factors listed here, your age, genetic make-up, tolerance (how accustomed you are to drinking alcohol) and emotional state are all thought to influence blood alcohol concentration. With so many variables to consider, predicting how your body will respond to drinking alcohol and whether you will end up “over the limit” is extremely difficult. If there is a possibility you may be driving, it is best to avoid alcohol altogether.

The most accurate way to determine your blood alcohol level is to take a breathalyzer test (or a blood test). There are other scientific methods that can help you figure out your BAC if you know precisely how much you drank and when. The formula described below can calculate a person’s BAC, though keep in mind that the result will only be an approximation. Do not rely on this method to decide whether you are over the legal limit to drive.

To use this method, you will need the following information:

You will also need to know the average rate at which blood alcohol concentration lowers, which is 0.015% per hour. Grab yourself a pen and paper or a napkin to write on and you have everything you need to calculate your current BAC.

The formula will be slightly different for males and females, due to the differences in typical male and female body composition. The “8 or 10” value in the middle of the equation below is determined by your gender. Men should use “8” while women should use “10”.

Here is a step-by-step breakdown of how to apply this formula:

Remember that the result may be inaccurate as food, carbonated drink, the amount of fluid in your body and alcohol tolerance will also influence your BAC.

Let’s talk through a couple of examples to show you how this BAC calculation formula works in practice.

Providing that the man in this example did not consume most of his drinks later in the evening, this method indicates that he should not be over the legal limit of 0.08% when asked to submit to a breathalyzer test. However, as we discussed above, a whole host of other factors may influence a person’s blood alcohol concentration. A BAC of 0.075% is extremely close to the legal limit and high enough to result in impairment. If the person in this example used this calculation to determine whether they could drive safely and legally by 12:00am, this result should be high enough to encourage them NOT to take a chance on it.

A woman weighing 115 lbs consumes two standard drinks, which amounts to 1.2 ounces of alcohol. She starts drinking at 8 pm and is asked to take a breathalyzer test at 9.00 pm. Is she charged with DUI?

The woman in this example is 0.005% over the legal limit and will be arrested for driving under the influence. This is an important example to take note of, as many people operate under the false belief that “two drinks” is under the legal limit. For some people, it may be. Recall that the lady in this example was quite petite, weighing just 115lbs. This amounted to less total fluid in her body and a higher BAC. A person 15lbs or so heavier than her may have been legal to drive if tested at the same time, but when the margins are so close, why risk it?

The alcohol elimination rate of 0.015% per hour we use in these examples is an average. Depending on a person’s metabolism, they may eliminate alcohol from their bodies at any rate from 0.013% (slower metabolism) to 0.018% (faster metabolism) per hour. As metabolism fluctuates in-line with weight and fitness level, it is incredibly difficult to accurately measure.

Your alcohol elimination rate may fluctuate over weeks, months or years if your metabolism changes. However, it cannot be altered by the actions you take immediately after drinking. People often buy into the idea that certain tactics will help them sober up faster. These tactics include drinking coffee, eating a meal post-drinking, doing exercise to sweat out the alcohol, or taking a shower. Understand that these “sobering-up” tactics are all MYTHS. You cannot rid your system of alcohol any faster than your natural alcohol elimination rate will allow. 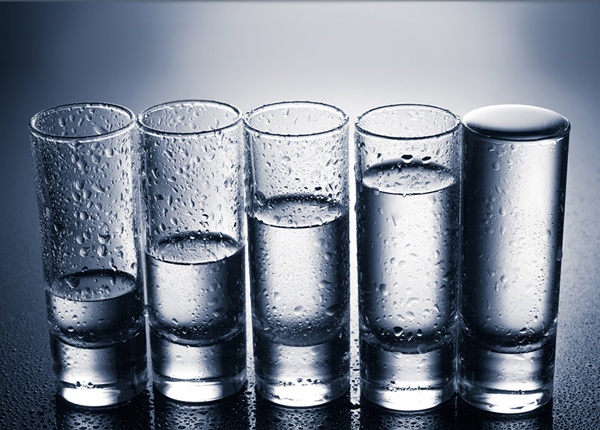 Driving Under The Influence of Alcohol 3 of 12

To develop a safe and responsible relationship with alcohol, it helps to understand precisely what you’re subjecting your body to each time you take a swig of beer or a shot of hard liquor. How rapidly and efficiently a person’s body can eliminate alcohol depends on a whole host of different environmental and genetic factors. 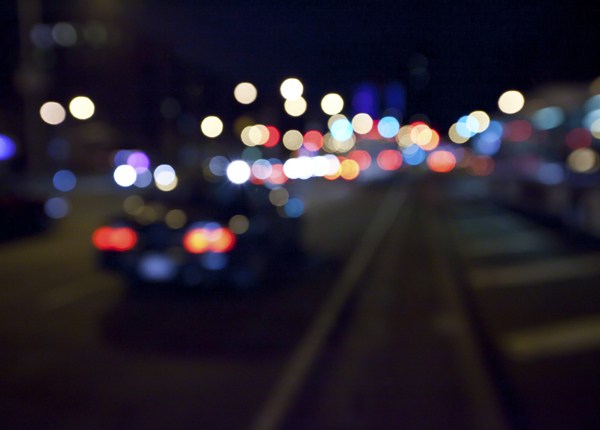 Driving Under The Influence of Alcohol 4 of 12

Alcohol’s effects on your brain begin just minutes after you take the first sip of your beverage. Your mental ability is adversely affected, and your muscles do not respond to instructions as efficiently as usual. The negative impact of alcohol on your driving ability will become more severe as you become more intoxicated: 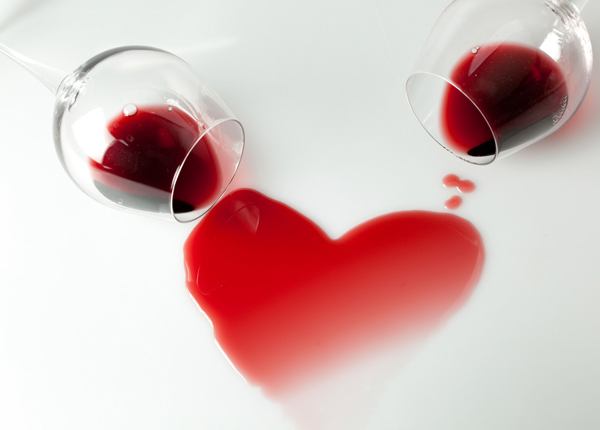 Driving Under The Influence of Alcohol 5 of 12

While alcohol is hi-jacking your brain to wreak havoc on your perception, judgement and motor skills, it is also disrupting other important systems directly. Remember that one way or another, alcohol ends up in your blood. From here, it has access to every tissue and vital organ in your body.