If a law enforcement officer has reason to believe a motorist is driving under the influence of alcohol, they may pull that person over and ask them to take a blood alcohol concentration (BAC) test. Usually, this will mean taking a breathalyzer test by the roadside. Any breathalyzer readings at or above 0.08% will result in arrest for driving under the influence. Equally, a person may be arrested if they have a legal BAC, but their behavior suggests that their driving ability is impaired. Remember, even very low BACs of 0.02% or 0.03% can lead to impairment in some people.

As a motorist, you must understand your legal obligations and rights if an officer pulls you over on suspicion of DUI. Nobody can physically force you to take a BAC test, but you are legally required to do so. Failure to submit to a breathalyzer test usually results in serious consequences. Thanks to the implied consent law, you have already made a legally binding commitment to take a BAC test when instructed to do so by a police officer, if they have reason to suspect you are driving under the influence.

All 50 states have some version of the implied consent law. “Implied consent” means that in obtaining a driver’s license and driving on public roads, you have automatically given permission for a chemical test to be conducted if a police officer suspects you of driving while intoxicated. When you signed your driver’s license application forms, you made a legal “promise” to allow a BAC test during a roadside DUI stop. Breaking that promise will have serious, negative repercussions. Depending on the laws in your state, refusing a chemical test could result in a hefty fine and an automatic driving ban.

Blood alcohol concentration can be tested with a breath, urine or blood test. Most states legally require drivers to submit to a breath test at the roadside when stopped on suspicion of DUI, as this is the fastest and least invasive method of determining BAC. However, some states permit drivers to request a blood or urine test instead; you should check out this information in your state’s driving manual to find out where you stand. If you are asked to take a breath test but have the option of requesting a blood or urine test, you may be required to pay medical costs for the procedure.

Blood tests are the most accurate method of measuring a person’s BAC. The implied consent law obliges you to submit to a blood test if law enforcement requests it. Data collected by the NHTSA shows that people who are convicted of DUI generally receive higher fines and longer sentences when they refuse a BAC blood test. This is thought to be because refusing the test indicates lack of cooperation, and an attempt to hide guilt.

The implied consent law does not apply to field sobriety tests in all states. Field sobriety tests (FST) are investigative tools that officers can use to gauge whether a person may be impaired by alcohol. They cannot be conclusively “failed” or “passed” but they may be recorded and used as evidence in DUI cases.

Field sobriety tests vary around the United States, though there are three core tests which law enforcement officers commonly rely on, as they are endorsed by the NHTSA. These are:

While you are legally obligated to submit to a BAC test, you may be within your rights to refuse a sobriety test (be sure to check out this information in your state’s driving manual). Many people refuse to submit to field sobriety tests as they believe a poor performance would stand against them if a video were shown in court. Remember that an officer can arrest you on suspicion of DUI, even if a breathalyzer exam indicates that you are under the legal limit of 0.08%. Despite this concern, it is still best to comply with law enforcement as fully as possible when stopped by the roadside on suspicion of DUI or any other offense. If the police officer believes your driving behavior demonstrates intoxication, it is very likely that refusal to submit to field sobriety tests will get you arrested.

Due to the implied consent law, refusing to take a breath, blood or urine test will incur penalties, even if you are not ultimately charged or convicted of DUI. These penalties vary from state to state. The severity of a state’s implied consent penalties is reflected in the number of drivers who refuse BAC tests in that state each year. Nationally, the NHTSA report that around 20% of all drivers stopped on suspicion of DUI refuse to participate in a BAC test. State statistics range from refusal rates as low as 2.4% in Delaware (where penalties are severe) to 81% in New Hampshire (where penalties are relatively mild).

Whatever the punishment for refusing a BAC test in your state, understand that doing so is unlikely to spare you a DUI conviction. As it is assumed an innocent person would allow a test as they have nothing to hide, refusing a test is seen as evidence of guilt.

If a driver is aware that they will not pass a BAC test, they may choose to accept the penalties incurred by refusing it, in a bid to avoid a DUI conviction. To combat this problem, many states have adopted “no refusal” enforcement policies. Where these policies are in place, police officers may obtain a warrant from a judge which allows them to conduct a BAC test without consent from the suspect. Foolish intoxicated drivers often refuse breath tests in the hope that their blood alcohol level will have dropped by the time an officer is able to get a warrant. These days, most law enforcement officers can obtain electronic warrants via mobile devices in a matter of minutes.

A person who continues to refuse a breathalyzer test even after a warrant has been obtained would likely be faced with contempt charges. Ultimately, they will still be arrested, and their blood will be taken for a BAC test. If necessary, it will be taken by force.

The penalties for breaking “implied consent” and refusing a BAC test may include fines, automatic license suspension and complete license revocation. If the person who refused the test is later convicted of DUI, their refusal to comply is likely to be met with harsher punishments. Here’s what may happen if you decline a BAC test in different states:

Florida: an automatic license suspension of up to 1 year.

Texas: an automatic license suspension of up to 180 days.

New York: an automatic license suspension of up to 6 months AND a fine of up to $500.

Massachusetts: an automatic license suspension of up to 6 months and if you are convicted of DUI, permanent license revocation.

Currently, 42 states implement automatic license suspension or revocation when a driver refuses to take a BAC test. This means that declining the test allows the police officer who has pulled you over to take your driver’s license off you, there and then.

Driving is a privilege, not a right. Signing your driver’s license forms should be thought of as “entering into a contract” with the DMV and state law enforcement. In return for your driving privileges, you promised to respect the rules of the road, drive in a manner that does not endanger people or property AND cooperate with anti-DUI enforcement measures. Backing out of that agreement by refusing to take a BAC test is a serious offense, for which your driving privileges will likely be revoked. Refusing a test might seem like a smart move if you are pulled over on suspicion of DUI, but it will only ever make the situation worse. 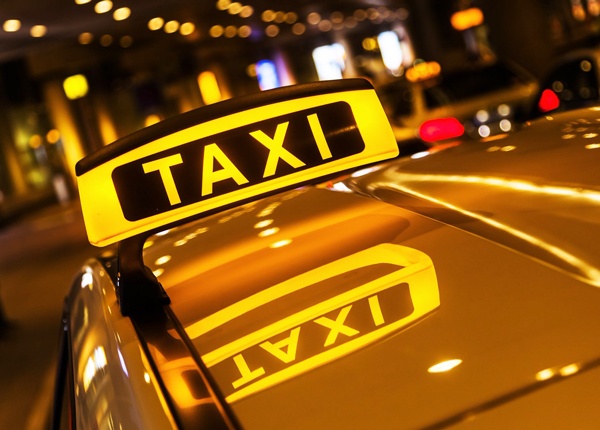