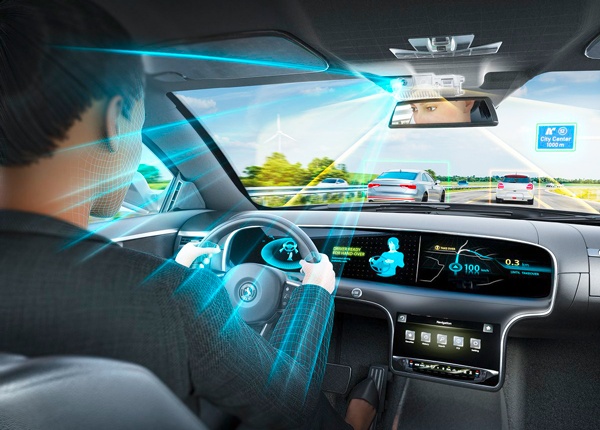 As we have discussed in previous modules, “driver-error” is known to be the primary cause behind practically all traffic accidents and collisions. Even the most skilled, experienced and conscientious drivers make mistakes, and sometimes those mistakes prove to be fatal.

It is likely that you will one day make mistakes behind the wheel. Unfortunately, all drivers are only human. It could be that fatigue causes you to rear-end another vehicle as you fail to spot the activated brake lights up ahead. Or, you may lose control on a bend in the road by applying the brakes too sharply. To avoid collisions and accidents, you must always pay attention to the roadway, manage your speed and space effectively and ensure you are always in a fit condition to drive.

In an effort to reduce the number of traffic fatalities and serious injuries caused by driver error, car manufacturers are developing and implementing computerized driver assistance systems, which take some vehicle-control and hazard-perception responsibilities away from the driver. Fewer responsibilities mean fewer opportunities for driver-error and in theory, fewer collisions.

Anti-lock braking systems (ABS) are designed to prevent skids by stopping the vehicle’s wheels from locking when the brakes are applied, thus maintaining traction between the tires and the road’s surface. ABS relies on the principles of threshold braking, whereby the brakes are continually applied and released with the maximum pressure possible, without causing the wheels to lock. This is a manual braking technique that can also be utilized by drivers, though a computerized anti-lock braking system can achieve it far more effectively.

Anti-lock braking systems are built into most modern vehicles. They are known to decrease overall braking distance and maximize the vehicle’s grip on the road’s surface. Drivers of ABS-equipped vehicles must still be able to apply manual braking techniques without the aid of ABS, just in case their vehicle’s ABS system ever malfunctions.

Cornering brake control (CBC) systems are the next step up in anti-lock braking technology. These systems are designed to improve control, grip and stability while braking through corners and bends in the road. They work by automatically redistributing braking force when a vehicle’s weight is imbalanced due to sudden braking and begins to swerve or skid out of control.

At present, only a handful of manufacturers offer CBC systems in their vehicles. In the future, it is likely these systems will be more widely implemented.

Traction control systems (TCS) are common in modern vehicles. They serve to minimize tire slippage when accelerating on a poor-traction surface, such as snow, mud or loose gravel. Using sophisticated wheel-speed sensors, traction control systems detect when one or more of the wheels are rotating faster than the others, as this indicates that traction has been lost in those wheels. To regain traction, TCS then automatically pulses the brake pads against the affected wheel to slow it down until the grip on the road surface is re-established.

It is a common misconception among drivers that traction control systems improve a vehicle’s ability to grip slick road surfaces. This is not the case, though these systems are undeniably advantageous during snowy, wet or muddy conditions, as they prevent wheels from spinning as the vehicle accelerates.

Yaw control systems are designed to stop a vehicle from spinning around its vertical axis (an imaginary line passing directly down toward the road through the center of the vehicle) caused by oversteering or understeering. An active yaw control system (AYC) makes automatic adjustments to braking and acceleration in individual wheels, based on sensor information regarding wheel speed, steering angle, torque and yaw rate, to prevent the car from spinning out of control.

Active steering control systems manage the relationship between driver steering input via the steering wheel and the steering angle of the wheels. By adjusting how directly the wheels respond to the steering wheel, active steering control allows for better maneuvering performance when driving through curves, negotiating city traffic, making turns and parking your car. During low-speed maneuvers, the system creates a direct steering ratio which means the wheels will turn more with minimal effort from the driver. At high speeds, the wheels become less responsive to steering input, minimizing oversteering mistakes that could threaten the stability of the vehicle.

The past couple of decades have seen the emergence of advanced driver assistance features, that when active, can take over and drive the car for you. In general, these systems are utilized for crash avoidance, space management and assistance with difficult maneuvers. In years to come, it is possible that the entire driving experience will be automated – though this is a long way off!

If the driver takes no action and the collision is imminent, the system will take control of the car and avoid the collision autonomously. At lower speeds, this may involve controlled breaking, whereas at higher speeds, the system may opt to steer the vehicle away from the threat. The Insurance Institute for Highway Safety and the National Highway Traffic Safety Administration indicate that new vehicles will be built with integrated collision avoidance systems as standard, by about 2022.

All lane departure warning systems use some combination of camera, laser and infrared sensors to detect road markings, the edge of the roadway and the position of other vehicles nearby.

Also known as dynamic cruise control, these systems are designed to assist drivers in maintaining a safe following distance while the cruise control is active. Using radar, laser and camera sensors, adaptive cruise control systems will automatically detect the distance between your vehicle and the vehicle you are following. Using this information, the system will reduce or increase speed by braking or accelerating autonomously, to maintain an ideal following distance. These systems are widely considered to be a key feature in future intelligent car designs; not only do they reduce the risk of a collision occurring, but they also serve to keep traffic on a roadway flowing smoothly, creating a safer and more convenient driving environment.

Automatic parking systems are increasingly common in newer, high-end vehicles. When activated, the auto-park system will autonomously perform angle, perpendicular and parallel parking maneuvers without input from the driver. Using laser, radar and camera sensors, an automatic parking system will assess the vehicle’s location in relation to an adjacent space and adjust steering and speed until the desired maneuver is complete. These systems can be enormously helpful when it comes to parking in a tight or awkward spot, as the driver does not have to rely on their limited view around the vehicle to avoid bumping nearby vehicles and objects.

There are various other driver assistance systems that are designed to help you control your vehicle and avoid potentially devastating mistakes. Some are widely available as standard, while others are not. Here are two of the most practical:

Tires that are under or over-inflated will not be able to grip the road properly and are more at risk of bursting in unfavorable conditions. Most drivers know how important it is to keep their car’s tires inflated to the manufacturer’s recommended pressure, though very few remember to keep on top of it. Tire pressure monitoring systems (TPMS) reduce the risk of crashes or collisions occurring as a result of tire failure. They sense when any of the vehicle’s tires are under or over-inflated and alert the driver that they must be checked, typically with a warning light on the dashboard.

Some high-end modern vehicles are equipped with night vision systems to increase driver perception in the dark, beyond the reach of the car’s headlights. These systems typically use a thermogenic camera that feeds live video of the road ahead to a screen on the vehicle’s dashboard. By improving the driver’s range of vision, night vision systems make it easier to spot upcoming hazards in time to take defensive action, thus reducing the likelihood of night-time collisions occurring.

Driver assistance systems can dramatically improve road user safety and create a far less stressful driving experience. In the not-so-distant future, it is likely that all new cars will be built with collision avoidance systems and lane departure warning systems as standard. It is important to realize that as these systems are electronic, they can malfunction just like any other electrical aspect of your vehicle. While tools such as auto-park systems and night-vision systems can be a great help, you must not become so reliant on them that you cannot safely drive your car without them. 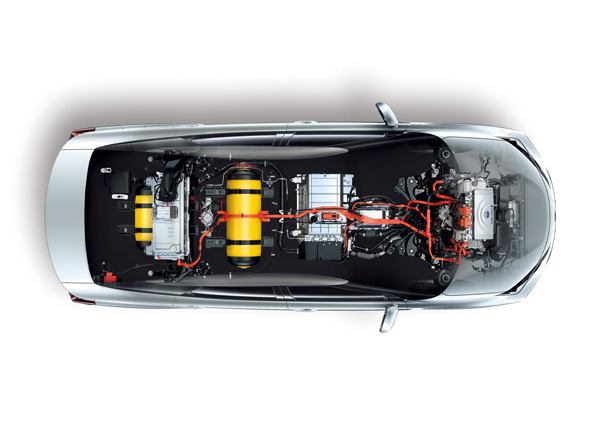 Climbing into the driver’s seat for the very first time can be an exciting yet somewhat overwhelming experience. In this unfamiliar environment, you will be surrounded by controls, dials, switches, levers, lights and symbols. How are you supposed to negotiate all these gadgets, drive the car and pay attention to the road at the same time? 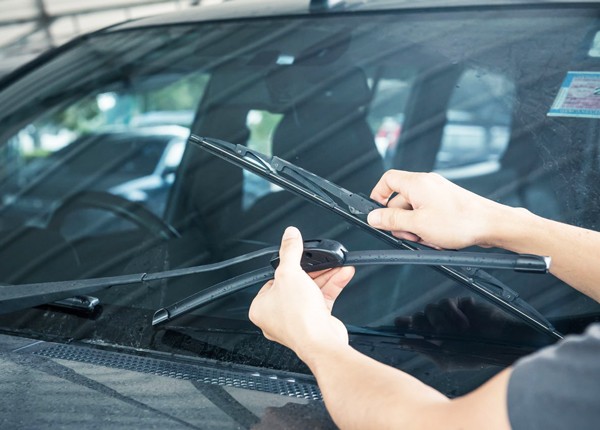 Let’s begin our introduction to the controls and physical components of your vehicle by looking at the car’s external features. Next time you are parked up safely and away from other traffic, take a 360 degree walk around the outside of the vehicle to see if you can identify each of these features. 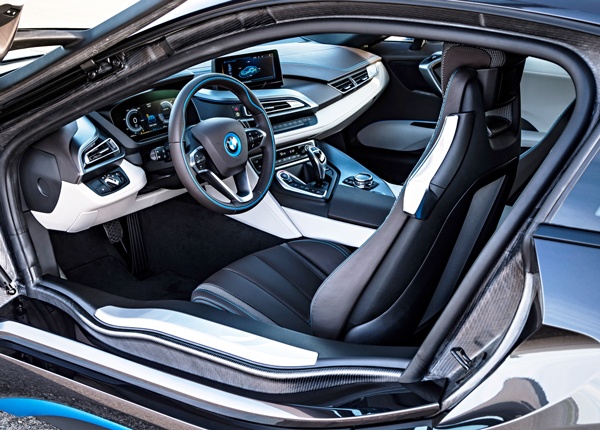 The Internal Features of Your Car

Learning about the internal features of your vehicle will help you get the most out of your driving experience. Over time, you will come to know your way around the inside of your car as effortlessly as you know your way around your own kitchen! At the start of your learning journey, getting familiar with the internal components of your vehicle will take some study. So, we have put together this guide to get you started!

Designed for Safety 3 of 8

All 50 states and the District of Columbia have enacted seat belt laws requiring vehicle occupants to buckle up. You should always wear a seat belt and ensure your passengers have secured theirs, before setting off on any journey. It has been proven beyond doubt that seat belts save lives.

Designed for Safety 5 of 8

During moderate to severe collisions, airbags will rapidly deploy and inflate, to cushion your body and reduce the severity of the impact. Airbag technology has advanced considerably since the safety feature was first introduced in the 1960s. Every year, airbags save thousands of lives.

Designed for Safety 7 of 8

While visual appeal is a key driving force behind a car’s design, modern vehicle manufacturers place far more emphasis on engineering for safety to reduce traffic injuries and fatalities. Looking at your average modern car, it is difficult to grasp just how much thought, time and money has been spent making it as safe as possible for the driver and passengers that will occupy it.