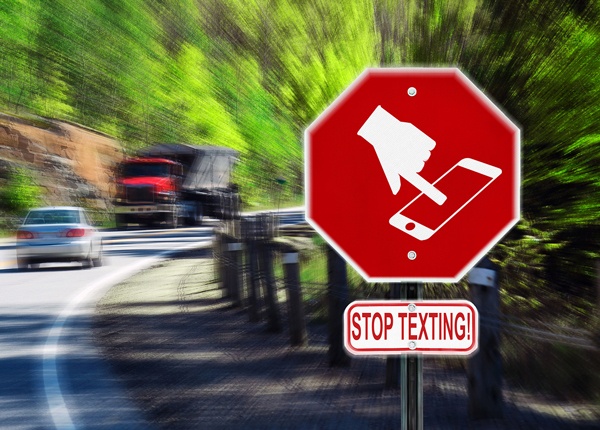 There is no driver distraction more dangerous than texting, emailing or sending any other written communication with an electronic device. While typing on a cell phone or similar device, you will be visually, manually and cognitively distracted from the task of driving.

Research conducted by the National Highway Traffic Safety Administration shows that motorists who text while driving take their eyes off the road for 4.6 seconds at a time, on average. While traveling at 55mph, this is the amount of time it would take to drive the entire length of a football field. If you are focused on your cell phone during this time, you may as well be driving 360 feet with your eyes closed.

Despite the obvious danger of texting while driving, it is estimated that around 660,000 drivers on our roads are using an electronic device at any given time. The National Safety Council (NSC) estimates that texting or emailing while driving causes around 200,000 crashes annually.

Texting while driving is now the leading cause of death for teenage drivers, having surpassed drunk driving, which was the previous number-one. During a survey orchestrated by the American Automobile Association, 50 percent of teenage participants admitted that they text while behind the wheel. It is no surprise that each year, more than 3,000 teen drivers are killed in traffic accidents caused by texting while driving.

As a novice driver, you are at considerably greater risk of being involved in a fatal traffic accident as compared to more experienced drivers. This is the case, even if you avoid taking unnecessary risks! If you ignore the dangers of texting while driving and allow yourself to become distracted by your cell phone, it is only a matter of time before tragedy strikes.

The danger of texting behind the wheel

Texting while driving is incredibly dangerous, even if you just read a text message without responding. To check out a message on your cell phone, you will need to take at least one hand off the steering wheel to operate the device and take your eyes off the road in the process. This is if your cell phone is within reach. If not, you may endanger yourself further by rummaging in your purse or reaching across the vehicle to retrieve it. Plus, though you may think you can glance quickly at a new message without writing out a response, the temptation to reply to the text may be too great to resist.

Obviously, writing a text message is even more dangerous than reading one. To compose a text, you will need to take at least one hand off the wheel, your eyes off the road AND your mind off the task of driving to consider what you want to say. In this state, you will be completely oblivious to changes in the roadway environment.

Most drivers underestimate how long it will take them to read a text or compose a new message. As your mind will still be partially engaged in attempting to drive your vehicle, reading and understanding the content of a message will be harder and will take longer. That amounts to more time with your attention averted from the roadway. In addition, the movement of the vehicle may prevent you from focusing on the words or typing correctly. As you try to adjust your eyes or correct typing errors, the seconds are ticking away and your chances of having an accident grow ever greater.

As compared to an unimpaired driver:

This research demonstrates just how significantly texting while driving will impair your reaction time. Factoring in the time it would take to come to a complete stop having begun braking, avoiding a collision would be practically impossible while texting if an unexpected hazard appears on the roadway in front of you.

Only a handful of states have not imposed a restriction or ban on texting while driving. Most of the states which have introduced legislation to prevent drivers from texting have done so by imposing a complete ban on the activity while behind the wheel. In a few other states, partial bans or restrictions are in place.

We have also included some examples of the penalties which breaking a texting law may incur. As you can see, texting while driving will cost you. If not your life, then the contents of your wallet.

The best sources of information on texting laws in your state are an up-to-date copy of the driver’s handbook or the official DMV website. Keep in mind that like general cell phone laws, texting bans and restrictions can vary across a single state, as different towns and counties often establish their own rules on the matter. For this reason, it is wise to do some research online if you are traveling to an unfamiliar area.

New traffic laws often take many years to construct and implement, as our country’s law-makers struggle to keep up with the ever-evolving dangers and challenges of driving. In the case of restrictions on texting while driving, a great deal has been achieved around the United States in the relatively short time that cell phones and similar electronic devices have been around. This rapid, country-wide establishment of anti-texting laws reflects the extreme danger that texting while driving poses. If you live in a minority state which does not currently ban texting while driving, you can bet that things will change in the not-too-distant future.

Whether you can legally text while driving or not is beside the point. It is a deadly driver distraction that we know claims thousands of innocent lives every year. As a new driver, you must make a commitment not to text and drive. Keep your cell phone on silent and out of arm’s reach while you’re in the car. Send important messages before setting off on your journey and if you need to check your cell phone, find a safe place to pull over before doing so. 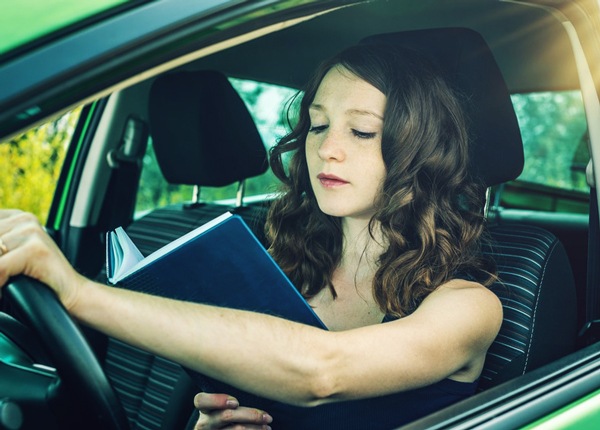 The risks associated with using a cell phone while driving also apply to laptops, computers, tablets and all other electronic devices. Taking your attention away from the road to engage in any non-driving related task is incredibly dangerous. 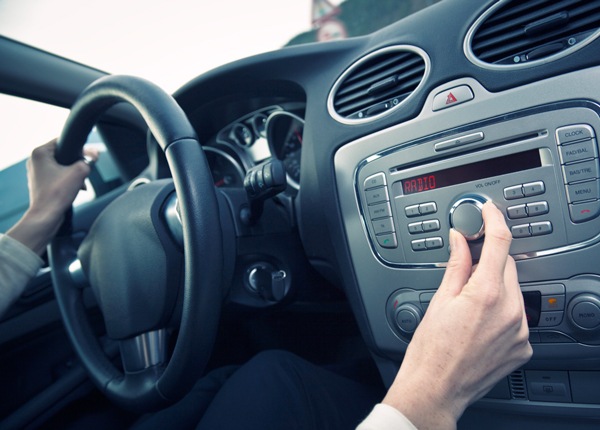 Though listening to music behind the wheel is not necessarily dangerous and is definitely not illegal, you must be aware of the risks your car’s stereo system presents in order to make safe decisions. Drivers who constantly switch between radio stations, adjust the volume or play music loudly are more likely to become distracted and miss important details about the roadway environment. 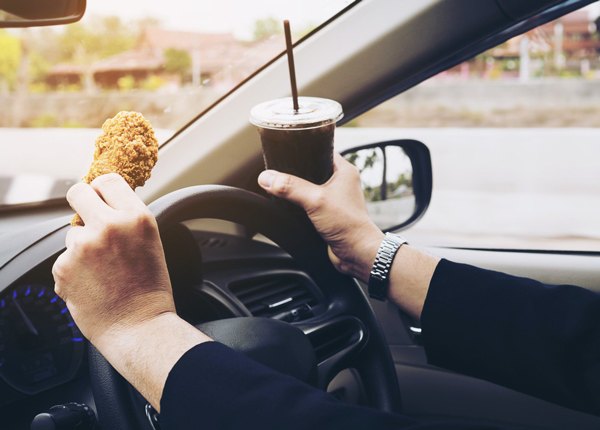 Eating and Drinking While Driving

It is impossible to eat or drink without taking at least one hand off the steering wheel – this is time in which you will not be in complete control of your vehicle. A driver who is distracted by eating or drinking from an open container is 39 percent more likely to experience a collision or near-miss collision than an attentive driver.

The Effects of Speed

Keeping speed to a minimum is one of the best risk-reducing tactics you can employ as an attentive driver. As the speed you are traveling at increases, so too does the danger you are exposed to and the challenges you face.

Interacting With Other Drivers

Without effective communication between motorists, it would be impossible to predict the movement of other vehicles and negotiate the roadway safely. Attentive, conscientious motorists think about how their actions will affect other drivers and endeavor to behave considerately, at all times. It is not simply a matter of being polite, it is a matter of safety.

While some distractions can be avoided, there is no way to remove all possible distractions from any driving environment. Therefore, we must know how to handle them safely when they occur.

The Risks of Distracted Driving

Any activity you engage in which does not immediately relate to the driving task is considered a distraction. This includes travel-related activities such as map reading or operating a navigation device. Irrespective of how important you may consider an activity to be, controlling your vehicle and monitoring the roadway demands your full attention and must take precedence.

The Cognitive Basis of Distracted Driving

While we may often feel as if we are performing two or more tasks at the same time, we’re not, as the human brain is physically incapable of it. This means that you are only ever working on one task at a time. While driving and engaging in a distracting activity such as eating or combing your hair, your mind will not be focused on driving at all, for at least some of the time.

Talking on The Cell Phone

Using a cell phone is one of the most risk-enhancing mistakes you can make while operating a moving vehicle. Many motorists assume that this only applies to hand-held cell phone use, though hands-free phone activity can be equally as dangerous.