Safe Following Distance: The Three-Second Rule & The Effects of Speed

It is impossible to drive safely and attentively without leaving enough space between your vehicle and the car ahead of you. Maintaining an adequate following distance is crucial to maximize your view of the roadway up ahead. If you are too close to the car in front, the rear-end of that vehicle will obscure most of the roadway environment and make it impossible to avoid hazards or plan for upcoming maneuvers.

Not only will you not be able to see upcoming dangers without an adequate following distance, you will not have the time or space to react if something untoward does happen. With a comfortable cushion of space between your car and the vehicle you are following, you should be able to maneuver to avoid a collision in an emergency. A driver who fails to maintain a safe following distance will likely rear-end the vehicle ahead of them if that car stops or slows suddenly, before even having time to consider evasive action.

While in a line of moving traffic, you cannot use the position of the vehicle in front to set your following distance. That vehicle will be moving too, therefore you will never really arrive at the same spot. Instead, pick a fixed object at the side of the roadway – perhaps a road sign or a tree – wait for the car in-front to pass that object and then count the seconds it takes for you to arrive there afterward. Use the “one thousand one, one thousand two, one thousand three” method of counting, to ensure you do not over-estimate the time it takes you to reach the stationary object.

When will you need a longer following distance?

The “three-second rule” is appropriate for any driving situation where you are traveling at average speeds and are not faced with any adverse roadway conditions. The following situations will demand a longer following distance:

Your following distance must increase the faster you are traveling. At high speeds, the total stopping distance of your vehicle will be longer. Leaving more space is essential to ensure you have time to slow, stop or maneuver in an emergency.

How to maneuver to avoid a collision

If an emergency unfolds on the roadway ahead of you, your gut reaction may be to slam your foot down on the brake pedal. In a situation where you have very little time to react, it is usually better to steer away from the danger. Both you and your vehicle can execute a turn much faster than a complete stop.

A driver who has maintained a safe speed and following distance will have a far greater range of evasive choices available to them during an emergency. At a three-second distance, a vehicle moving at any speed has enough time to steer around or away from a hazard – providing the roadway offers decent traction. Keep in mind that this does not apply to most vehicles when traveling at speeds in excess of 75mph, as most tires are not designed for evasive steering beyond this point.

If braking to avoid a collision is the only safe action you can take, choosing an appropriate following distance for the speed at which you are traveling is the only way to ensure you can do this successfully. Let’s put that into perspective:

How does speed affect stopping distance?

Your vehicle’s stopping distance is the amount of time it takes you to recognize that you need to stop and apply the brakes, plus the length of time it takes for your car to lose all kinetic energy and come to a halt on the roadway (its braking distance). Traveling at high speed has a dramatic effect on the last part of this process. It will also increase the severity of a collision considerably, as your car will exert more power on impact the faster it is going.

Total stopping distance can also be affected by other factors, such as:

An attentive driver will consider all these factors when choosing a safe following distance. If you must drive while feeling fatigued or unwell, increase your following distance to compensate for slowed reaction time; though, it is best to avoid driving under these circumstances altogether.

In time, you will become accustomed to how your vehicle handles. This will allow you to make safer decisions in a shorter space of time. If you ever drive an unfamiliar vehicle (a friend’s car, a new car or a rental), you should set a greater following distance to allow for handling differences.

Following another vehicle at an insufficient distance is called tailgating. Just as you must monitor the space ahead of you and avoid tailgating the vehicle in front, you must also monitor the space behind your vehicle. Admittedly, there is very little you can do to stop a vehicle behind you tailgating. However, there are other space-maintaining tactics you can employ if you notice the driver to your rear is following too closely.

Do not speed up to increase space behind your vehicle. This will only result in the inconsiderate driver behind you closing the gap and leaving you with even less total space than you started with. If somebody is tailgating you, reduce your speed slightly to increase the distance between your vehicle and the car in front. This will encourage the tailgater to pass you. If possible, merge into a slower lane to allow the tailgater to pass. Always tap your brake pedal lightly before slowing down. Doing so will activate your brake lights and let the tailgating driver know that you intend to slow.

If you cannot change lanes and the tailgater continues to follow you too closely, despite the decrease in speed, take the next safe opportunity to pull off the road and let them pass.

Careless, irresponsible drivers will sometimes merge in front of you to jump into the space you have left between yourself and the vehicle ahead. This is incredibly frustrating and dangerous, as your following distance may immediately be reduced to one second or less.

If another driver cuts you off like this, avoid sudden braking and resist the urge to swerve out of the way. Slamming your foot down on the brake pedal or veering out of your lane could result in a collision with an adjacent vehicle or the person who is following you. Instead, deal with the situation by easing off the accelerator (braking gradually, if necessary) until you are back to your original, safe following distance.

Maximize the space around your vehicle

On multi-lane roadways with more than one lane of traffic moving in the same direction, you should seek to maintain space on all sides of your vehicle. Do your best to “stagger” your car with vehicles in adjacent lanes, so that you will have room to maneuver if an emergency forces you out of your lane. In doing this, you must avoid driving in another vehicle’s blind spot. Slow down or pull ahead to keep out of these no-go zones.

If there is no barrier or median between opposing streams of traffic on a multi-lane road, try to avoid driving in the lane immediately next to the centerline. This will make it easier to maneuver if you need to avoid an oncoming vehicle or another hazard on the roadway. 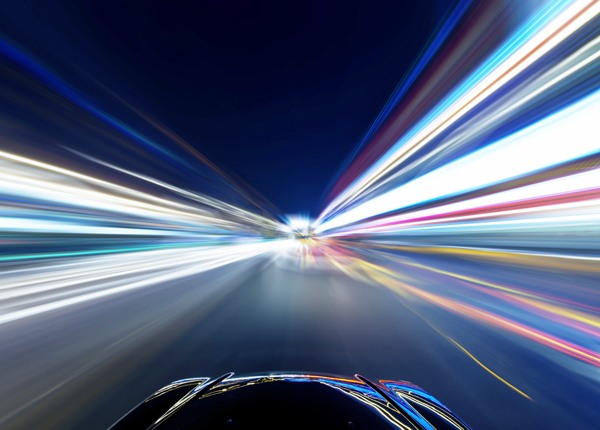 The Effects of Speed

Keeping speed to a minimum is one of the best risk-reducing tactics you can employ as an attentive driver. As the speed you are traveling at increases, so too does the danger you are exposed to and the challenges you face. 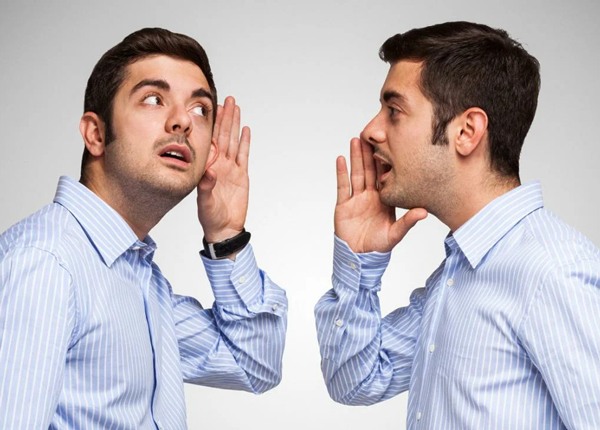 Interacting With Other Drivers

Without effective communication between motorists, it would be impossible to predict the movement of other vehicles and negotiate the roadway safely. Attentive, conscientious motorists think about how their actions will affect other drivers and endeavor to behave considerately, at all times. It is not simply a matter of being polite, it is a matter of safety. 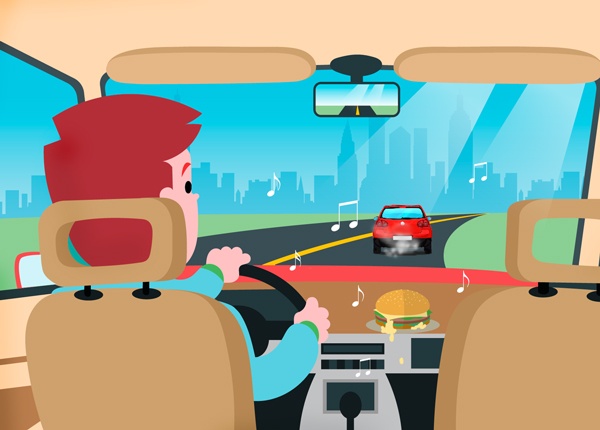 While some distractions can be avoided, there is no way to remove all possible distractions from any driving environment. Therefore, we must know how to handle them safely when they occur.

The Vigilant Driver 4 of 12

The Importance of Good Vision

No sense is more important to a driver than vision. As your eyes are responsible for 90% of the information you receive while driving, good vision is essential in making safe and appropriate driving decisions.

The Vigilant Driver 5 of 12

People with less than 20/40 vision do not qualify for an unrestricted driver’s license in most states. However, there are vast numbers of people with poorer than 20/40 vision who can drive safely and legally under a restricted license, providing they wear corrective glasses or contact lenses. Only in extreme cases of vision impairment or blindness will a person be refused a driving license altogether.

The Vigilant Driver 6 of 12

The “vision, memory and understanding” trinity allows you to assess and make decisions based on all the information your eyes receive while you’re driving. If you do not receive accurate visual information due to a vision impairment, or do not have relevant memory information stored in your brain to help you make sense of what you have seen, you may not respond to roadway hazards appropriately.

The Vigilant Driver 7 of 12

While most of the information we receive while driving is visual, our other senses are important too. In addition to sight, our brains collect information about the world around us via hearing, smell, taste and touch.

The Vigilant Driver 8 of 12

Visual targeting is the practice of focusing your attention on a stationary object which is 12 to 20 seconds ahead of your vehicle. As you move closer to your visual target, you should then select a new fixed object within that 12 to 20-second window, repeating this process continually as you move along the roadway.

The Vigilant Driver 9 of 12

Knowing where to look and how long for can be confusing for new drivers, particularly when there is so much to keep track of inside your car, right in front of the vehicle and 20 seconds ahead of you on the roadway. To drive safely, you need to adopt a systematic and efficient method of visually scanning your environment.