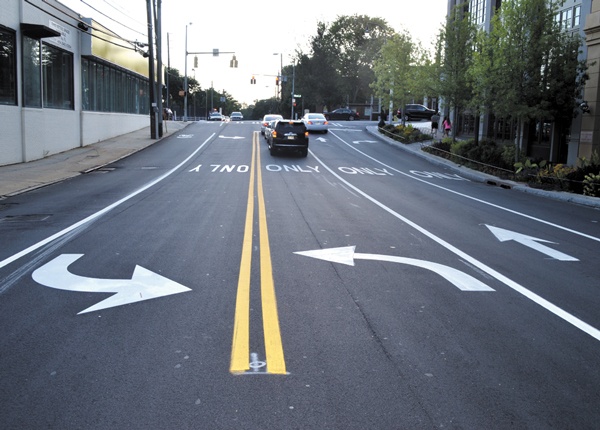 Stadard Markings and Pavement Lines for Navigating The Roads

You can determine the meaning of pavement lines based on:

Nearly all pavement markings are yellow or white. The following color rules apply in relation to lane dividing lines:

This term can be a little confusing, as “center” lines are not always located in the exact mid-point of the roadway. Opposing streams of traffic will always be separated by a single or double yellow line. When traveling the right way along a two-way street, the yellow center line will be on your left. If you notice yellow dividing lines on your right, you are traveling in the wrong direction.

A solid yellow line to your left means that you may not cross over to use the left-hand lane to pass another vehicle. An easy way to remember this rule is to think of the solid line as an impenetrable barrier. Only in extreme circumstances (if crossing a solid yellow centerline is the only way to avoid an accident or collision), can drivers disregard this rule.

Broken yellow lines have gaps and therefore do allow traffic to cross, unlike solid lines. Motorists may use the lane to their left to pass another vehicle, when a broken yellow centerline is present, if they can do so safely. Remember, passing is always a risky business.

Most roadways are split by a double yellow line. In many cases, one line will be broken while the other is solid. This indicates that “limited” passing is allowed. To interpret these pavement markings, remember this simple rule:

So, if one line is broken and the other is solid, only traffic beside the broken line may use the adjacent lane for passing. When both lines are broken, both streams of traffic are permitted to cross over. If both lines are solid, passing is prohibited for drivers on both sides.

Drivers may only cross double solid lines if it is necessary to make a left turn or a U-turn (providing U-turns are not prohibited by road signs). However, if the solid lines are more than two feet apart, you may not cross over for any reason. Double yellow lines with this wide spacing should be thought of as solid lane dividers.

What happens if you encounter a road with multiple lanes of traffic on the right-hand side of a yellow center line? Understanding how each lane should be used is fairly straight-forward:

When there is one lane of traffic to the right of the yellow line, drivers must remain in that lane unless they need to pass, turn left or avoid a hazard on their side of the road.

When there are two lanes of traffic to the right of the yellow line, drivers should occupy the right-hand lane, using the lane closest to the yellow line to pass, avoid hazards or make way for vehicles entering the road from the right.

When there are three lanes of traffic to the right of the yellow line, drivers should occupy the furthest right lane (if driving at a steady pace below the speed limit or preparing to exit the road). Use the center or left-hand lane when passing or making way for other vehicles. Keep in mind that on some roads, the furthest left lane may be reserved for public transport vehicles or high occupancy vehicles (HOV).

Many busy multi-lane roads have two lanes of traffic on either side, sandwiching a center left-turn lane in the middle. This special-use lane must only be occupied by drivers making a left turn or entering the street from a driveway or side alley. Center left-turn lanes can be used by drivers traveling in both directions. Motorists must not:

Both sides of center left-turn lanes are marked by double yellow lines. The outer line is solid, indicating that vehicles may not enter the lane to pass another vehicle. The inner line yellow line is broken, indicating that vehicles may merge or turn out of the lane. You may also encounter left-facing arrow markings in center left-turn lanes, providing another clue to their use.

Busy thoroughfares often have reversible lanes to manage rush hour traffic. The way these lanes may be used is altered at different times of the day and will be dictated by traffic signals posted above the lane. These signals – and how they should be interpreted – are covered in the “Traffic Signals” section. Here is a summary.

Reversible lanes are most often marked on both sides with double broken yellow lines. In some cases, the outer line may be solid – as with center left-turn lanes. When the outer line is solid, the use of the lane will be made clear with bi-directional arrows painted at regular intervals along the center of the lane.

White lines are used to separate lanes of traffic moving in the same direction. They serve to keep traffic in order and ensure all drivers have ample space to maneuver, without creating conflict with vehicles around them.

Designated entry and exit points will be established in places where vehicles may seek to enter the special use lane. At these points, the double white lines will be broken, and different pavement markings will indicate that drivers can merge in or out of the lane if they wish.

Broken white lines are used to separate lanes of traffic where passing or merging is permitted. Drivers must pay attention to changes in the size of the lines, as thicker lines are sometimes painted to indicate that the broken white lines will shortly be replaced with a solid white line. Thicker white lines essentially serve as a warning that merging will only be permitted for a little while longer. You may encounter thickened broken lines in the run-up to highway exits.

Thick, white horizontal stop lines are often painted at intersections. These “limit” lines indicate the position where drivers must stop if stopping is necessary. Ideally, you should come to a complete stop around six inches prior to the stop line. Make sure no part of your vehicle is crossing the line, as you may be issued a ticket.

Some intersections do not have stop lines. If this is the case, drivers must come to a stop before the nearest edge of the pedestrian crosswalk. Remember that you must slow down and be prepared to stop when approaching a crosswalk, as pedestrians have the right-of-way. Crosswalks may be marked with a solid pathway, stripes or two horizontal white lines with a space in the middle.

Sections of pavement around permanent obstacles are often marked out in white lines and filled in with slanted white stripes. These markings tell motorists that they must not drive on this patch of the roadway. You will encounter areas filled with slanted white stripes between highway entrance ramps and the main driving lanes. This is known as the “gore area” and is always off-limits to motorists. 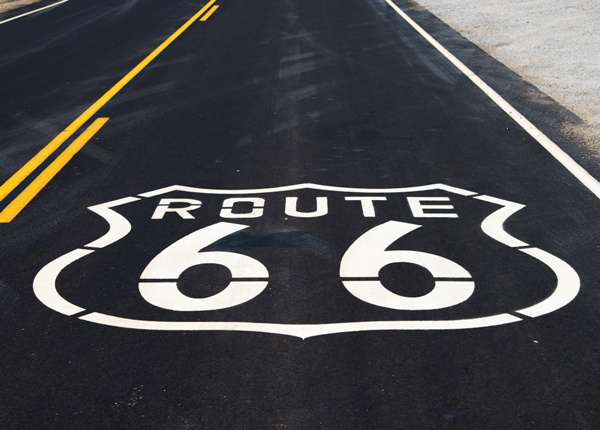 Lettering and Symbols on the Road

Where road markings must impart very specific information, you will often encounter letters, words or symbols painted on the pavement. Pavement letters and symbols may be used to describe restrictions in a certain area, indicate lane use and warn road users about a hazard. 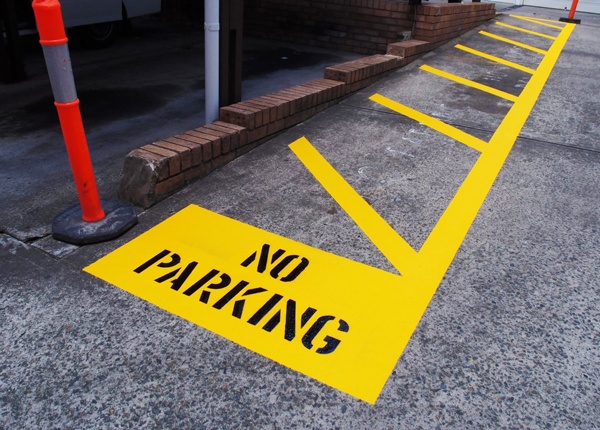 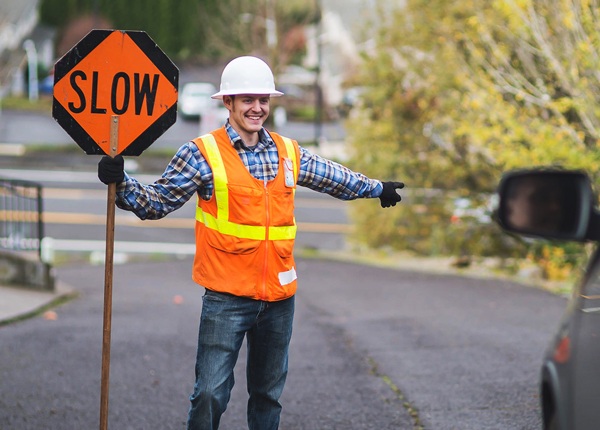 At controlled intersections, traffic lights are installed to keep multiple lanes of traffic flowing and prevent crashes. These signal lights are programmed to avoid conflicts between road users while allowing traffic to move through the intersection as freely as possible. This article will teach you how to interpret traffic lights.

Many intersections have signals to manage pedestrian traffic. Intersections are high-risk areas for all road users, though they pose a significant danger to people seeking to cross the street. Pedestrian signal lights at an intersection crosswalk MUST be obeyed, as motorists will not be prepared for people to step out into the road under a “DON’T WALK” sign.

Many railway crossings around the United States feature traffic lights to warn drivers that a train is approaching. Despite this, railroad crossing accidents still occur and often catastrophic. Understanding how railroad crossing signals work is vital to your safety.