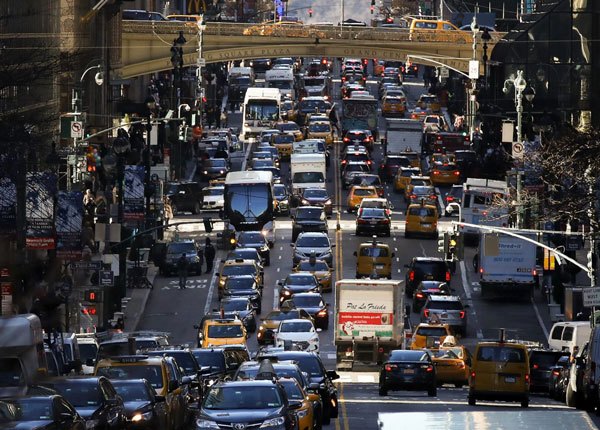 City traffic is at its worst during early morning and late afternoon rush hours. Maintaining a safe space around your vehicle is practically impossible during these high-congestion periods, as motorists may be lined-up bumper to bumper in every lane. In this situation, you can expect traffic to be moving extremely slowly and stopping often. Use cover braking to minimize your slowing and stopping time – but be careful not to ride the brake!

How to drive in heavy traffic

Certain driving behaviors can worsen congestion, hold up the flow of traffic and increase your chances of being involved in an accident. These practices should be avoided in all driving situations but can be especially problematic in heavy traffic. Do not:

Leaving the right amount of space in front of your vehicle is difficult in heavy traffic. Other drivers may attempt to merge into the lane ahead of you if there is too much of a gap. Equally, you must leave enough space that you can see ahead and react if the motorist in front of you brakes. With practice, you will eventually develop the judgment needed to effectively manage the space in front of your vehicle on congested city streets. In the meantime, exercise patience and try not to become frustrated with other drivers.

Gridlock is a situation that often occurs during extremely heavy traffic, where vehicles get stuck part-way through an intersection as there is not enough space to accommodate their vehicles on the other side. When further vehicles then enter the intersection from different lanes, an impasse is created where nobody can move, and everybody is competing to vacate the intersection first. This is incredibly dangerous, particularly for pedestrians, cyclists and motorcyclists.

Vigilance is the key to preventing gridlock. Always scan ahead before entering an intersection – even if the lights are green – and do not proceed unless there is enough space for your vehicle on the other side.

Do not block intersections

Drivers must always take additional care around intersections. As multiple lanes of traffic from different directions feed through intersections, a blockage could cause gridlock for several blocks back on every surrounding street. Keep an eye on the road ahead and the situation around your vehicle, avoiding any action which could disrupt traffic moving through an intersection or otherwise block it in any way.

This means you must rely on common sense in addition to obeying traffic signals. If a light indicates that you may enter the intersection but there is clearly no room for you to do so, hold back until the road ahead of you clears. Be prepared that drivers behind you who cannot see the obstruction may sound their horns to encourage you to move. Remain calm and do not retaliate if this happens.

Be aware of aggressive drivers

High-stress driving conditions are a breeding ground for aggressive drivers and the dangerous situations they create. Very few driving environments are more stressful than a city center during rush hour, factoring in the noise, hazards, bumper-to-bumper tailbacks and the threat of being late for work.

Frustrated motorists may sound their horns, gesture, yell or otherwise threaten other road users, taking their attention off the road and distracting nearby drivers. In more severe cases, drivers may intentionally tailgate, block other vehicles or force their way into a lane.

Try to remain calm if drivers around you exhibit any of these aggressive behaviors. Whatever happens, do not retaliate. Retaliation would create an even more dangerous situation by taking your attention away from the road and aggravating the other driver further.

It may be possible to choose a less congested route to your destination. Listen out for traffic updates on the radio and check TV or internet reports before setting off on your journey. If an accident, adverse weather conditions, or some other event has brought traffic to a standstill, it is usually reported in the media.

You may benefit from using side-streets and one-way streets rather than sticking to major roads in heavy traffic. Though keep in mind that there are other dangers associated with less-traveled streets, such as poor signage, less vigilant drivers and uncontrolled intersections.

Whichever route you choose, always allow yourself plenty of time to reach your destination – particularly if traveling during rush hour. Often, taking public transport is a far more sensible option. 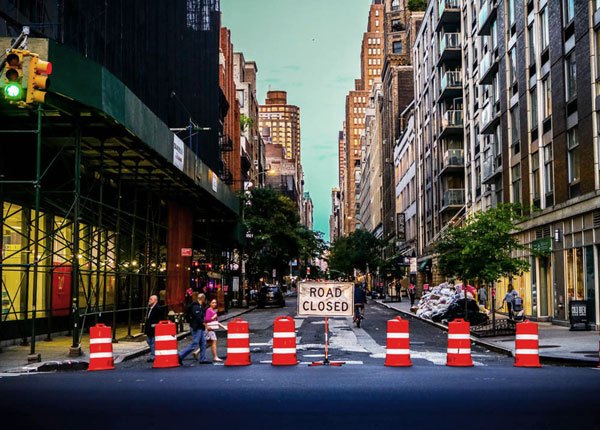 While driving in the city, you may encounter construction zones or detours marked out with warning signs and signaling devices. These are in place to guide road users and pedestrians safely around the work zone. Always reduce your speed when approaching a construction or maintenance area on the road, as there may be workers moving around on foot. 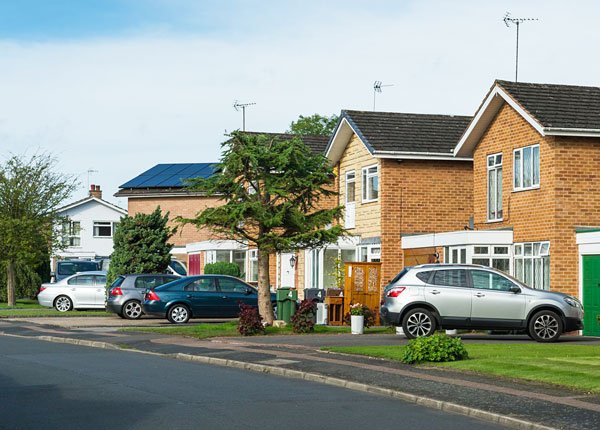 One of the first things you must learn when driving in residential, suburban and urban neighborhoods is that not all traffic lanes are designed to be used in the same way. To increase public safety and minimize congestion, “special use” lanes and road features, such as one-way streets, center left turn lanes, reversible lanes and roundabouts are present in some areas.

Driving in The City

New drivers often do not realize what a challenge city driving can pose. You may not be traveling at high speeds when driving around a busy, metropolitan area, but you will none-the-less be afforded very little time to spot and react to hazardous situations. It is very easy to become distracted and make dangerous mistakes while driving alongside so many other motorists, pedestrians, buses, delivery vans and cyclists, in such close quarters.

There are few driving environments more challenging than busy, urban areas. When driving in the city, you must safely share the road with all kinds of traffic and pedestrians. In addition, you will be dealing with a wide variety of obstacles and traffic control devices. There is so much information to process while driving in the city, hazards are often overlooked.

With so many other road users and hazards to contend with, driving in the city can be stressful and dangerous. Safe city driving relies on your ability to spot hazards and react to them appropriately. With appropriate training, you can make sure you always have time to avoid an accident.