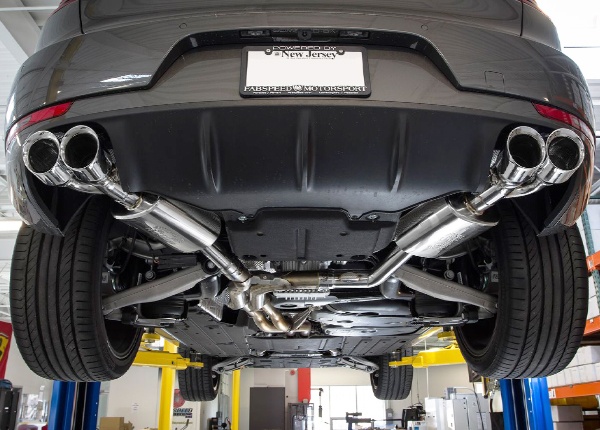 The Exhaust System in Your Car: Common Malfunctions and Maintenance

The internal combustion process produces waste gases, which are ejected from each cylinder via an exhaust valve. From here, the exhaust system carries the waste gases away from the engine, where they can be safely expelled from the vehicle via the tailpipe. Exhaust system maintenance is important, as leaks in the system can lead to a dangerous build-up of toxic gases in the vehicle.

Three of the six gases produced in the engine cylinders are toxic: nitrogen oxide, nitrogen monoxide and carbon monoxide. As we have discussed in previous modules, carbon monoxide is a clear, odorless and deadly gas. Even very minor exhaust leaks can lead you and your passengers to become sick and will impair your driving ability. Get your exhaust system checked periodically, to guard against dangerous leaks.

Exhaust manifolds are exposed to extreme heat as the waste gases leaving the combustion chamber will not have had time to cool. While the engine is running, the manifold will heat up and expand; as the engine cools, the manifold will contract. Over time, this cycle of expansion and contraction will lead to splits and cracks in the exhaust manifold, despite the heat-resistant materials from which it is made. Minor splits can usually be welded shut, though any crack which threatens the structural integrity of the manifold would warrant a complete replacement.

Poor engine performance, loud noises emanating from the engine, decreased fuel economy and visible gases leaking from the engine compartment are all indications that the exhaust manifold is damaged. Get the exhaust system checked out right away, as minor splits in the manifold will quickly worsen if you continue to drive the car. Plus, leaking exhaust gases can be hot enough to melt nearby plastic components in the vehicle’s engine.

Many modern high-performance vehicles have turbochargers installed in their exhaust system. The turbocharger’s job is to harness the energy created as the exhaust gas is expelled from the vehicle, to increase power output in the engine. If your vehicle has a turbocharger, it will be positioned along the exhaust pipe between the exhaust manifold and the catalytic converter.

The stream of waste gas passing through the turbocharger spins a turbine – or fan – which rotates at a speed of around 150,000 revolutions per minute (RPM). The kinetic power produced by the turbine works to compress the air being fed into the engine, allowing more air to be squeezed into less space. The engine cylinder can burn more fuel in each four-stroke cycle as a result, and the engine’s overall power output is enhanced.

Heat and friction can cause the bearings in a turbocharger to wear out if the component is not properly lubricated. Low oil levels and oil leaks are two of the most common causes of a malfunctioning turbocharger. If this happens, the first thing you are likely to notice is a significant drop in acceleration power. You may also notice a change in the noise your turbocharger makes, and an increase in exhaust smoke emanating from the tailpipe.

All new road vehicles must be built with catalytic converters. Situated between the exhaust manifold (or turbocharger) and the tailpipe, the catalytic converter is responsible for breaking down harmful exhaust molecules into harmless elements (primarily, oxygen and water). Some pollutant gases will still be released into the atmosphere but the overall detrimental effect on the environment is greatly reduced.

The catalytic converter is a cylindrical or rectangular metal box, which is bolted to the underside of your vehicle. Waste gases from the engine are funneled through a dense honeycomb-like filter in the catalytic converter, which is coated with a catalyst substance (in most vehicles, the catalyst is platinum, palladium or rhodium). The waste gas molecules react with the catalyzing substance, breaking down into their less harmful atomic components, before being released into the environment.

Engine oil and engine coolant are also capable of contaminating your catalytic converter and restricting the flow of exhaust gas through the device. If the catalytic converter becomes clogged with any substance, you will likely notice a sharp decline in engine performance. Other symptoms of a malfunctioning catalytic converter include dark, smelly exhaust smoke, limited acceleration and extreme heat underneath the vehicle.

Opportunistic thieves have been known to unbolt or cut catalytic converters from underneath unattended vehicles. Unfortunately, the precious and semi-precious metals used in catalytic converters can easily be sold as scrap, for anything from $50 to around $250. This is less of a problem with newer catalytic converters, which are made using less-valuable catalysts to pose less of a temptation to would-be thieves. Though, any vehicle produced since 1975 (when the use of catalytic converters became mandatory) could be targeted. Keep in mind that large vehicles like pick-up trucks and SUVs are particularly vulnerable, as their high ground clearance makes it easier for thieves to crawl underneath and access the converter.

You may have noticed that your car is remarkably quiet, considering the continuous cycle of explosions going on under the hood! This is all thanks to one simple exhaust component: the muffler. Positioned between the catalytic converter and the tailpipe, the muffler filters out the loud, abrasive sound produced by your car’s combustion engine. It works by reflecting sound waves down a series of thin tubes contained in a cylindrical metal casing. This reduces the overall volume and frequency range of the sound which emanates from the vehicle.

You will soon notice if something goes wrong with the muffler on your vehicle, as the most common symptom of a malfunctioning muffler is an increase in exhaust noise. Most mufflers on modern passenger vehicles last around five to seven years before they need to be replaced. Though, problems can occur earlier than this due to:

In addition to loud exhaust noises, a malfunctioning muffler can cause engine misfires and a build-up of condensation leaking from the tailpipe.

After the engine’s waste gases have passed through the catalytic converter and the muffler, they are released into the environment via the tailpipe. This metal tube is bolted to the underside of the vehicle with one end protruding from the rear bumper, somewhat like a horizontal chimney. Tailpipes are relatively hardwearing, though are still prone to corrosion, rust and impact damage. Regular servicing should pick up tailpipe problems before they cause other issues in the exhaust system and engine.

It is important to clean the outside of your vehicle regularly and check your tailpipe for blockages during snowy or muddy conditions. If any object or substance became lodged in the tailpipe, dangerous waste gases may build-up in the exhaust system and leak into the passenger compartment of the vehicle.

Keep in mind that the practice of bypassing the exhaust muffler in order to increase the noise your vehicle produces is illegal. If you make modifications to your exhaust system to increase engine power or noise, it is likely that your vehicle will not pass its exhaust and emissions inspection.

It is important to get your exhaust system serviced regularly, to maintain optimal fuel economy and protect against dangerous leaks. Your car owner’s manual will include recommendations for exhaust maintenance and servicing frequencies. An increase in exhaust fumes, usual exhaust smells and rattling noises underneath the vehicle are all clear indicators that something is amiss with the exhaust system. If you notice any of these issues, book the car in for service immediately. 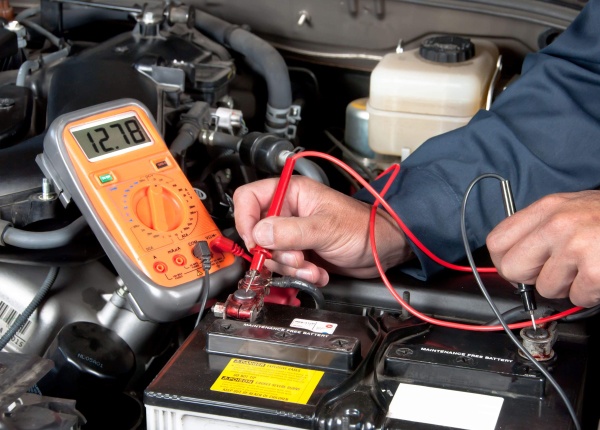 Maintaining Your Vehicle 5 of 10

Modern vehicles rely heavily on complex electrical systems. Problems with the electrical system can be difficult to diagnose, though are often fixable with something a simple as a replacement fuse or a new light bulb. Beyond these basic remedies, tinkering with your vehicle’s electrics is usually a job for a trained technician. 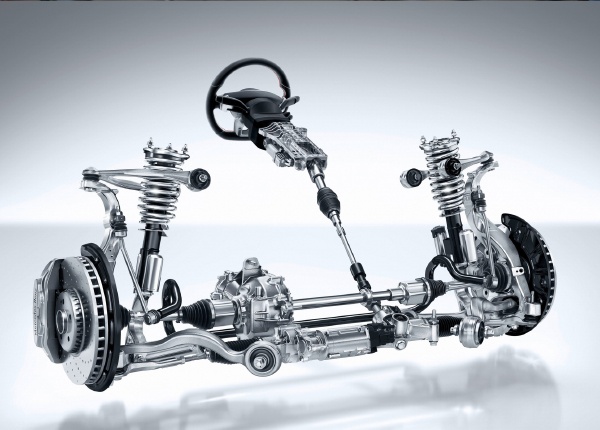 Maintaining Your Vehicle 6 of 10 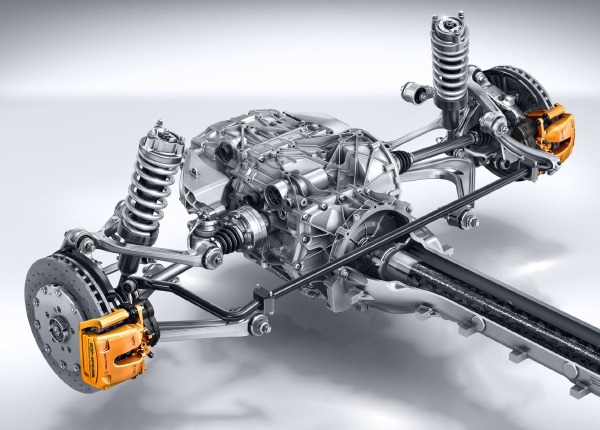 Maintaining Your Vehicle 7 of 10

A well-tuned suspension system is necessary for a driver to be able to control a vehicle. The main components in the suspension system are the tires, the air in the tires, shock absorbers, springs, struts (in most vehicles), bars, bushings, linkages and joints. Together, these devices manage the relationship between the road and the wheels, and the wheels and the vehicle body.

The portion of the dashboard which sits directly behind the steering wheel is called the instrument panel. This panel houses various gauges and lights which provide the driver with important information about the status of the vehicle. It is essential to know your way around your vehicle’s instrument panel, as misunderstanding or overlooking something could result in enormous inconvenience, for instance, if you were to run out of fuel and break down by the roadside.

Vehicle controls are designed to be easily accessible to the driver. In this guide, we’ll introduce you to the main vehicle controls you will find around the steering column. While every make and model of car is different, these will likely include the horn, ignition switch, turn signals, windscreen wiper controls and of course, the steering wheel.

The pedals in the driver’s footwell are used to control the amount of power passed from the engine to the wheels. By managing this power, you can increase or decrease the speed of the car. When first setting yourself up in the driver’s seat of your new vehicle, make sure you can reach the pedals well enough to press them all the way down to the floor of the car.

Maintaining Your Vehicle 1 of 10

Well-maintained vehicles are safer vehicles. This module will cover the basics of vehicle operating systems and general automobile maintenance. Keep in mind that the information we include here should not be considered a substitute for the maintenance information in your vehicle owner’s manual. That handbook will always be the ultimate resource when it comes to understanding and maintaining your car.

Maintaining Your Vehicle 2 of 10

The Engine and Transmission

There are many different combustion engine configurations on the market today, though they all rely on similar principles. Most modern vehicles have 4-cylinder, 6-cylinder or 8-cylinder (V8) engines. A piston connects each cylinder to the engine’s crankshaft, which converts the thermal energy produced in the cylinder to kinetic, rotational energy, or torque. This energy is then transmitted to the wheels via the transmission and driveshaft.

Maintaining Your Vehicle 3 of 10

Your vehicle’s fuel system is responsible for storing, filtering and supplying gasoline to the engine, where it can be ignited to create power. The main components in the fuel system are the gas tank, fuel lines, fuel pump, filters and fuel injectors. Together, they coordinate the delivery of clean fuel and air to the cylinders in the vehicle’s engine. If any one component in the fuel system stops working as well as it should, the entire fuel delivery process will be compromised.